The following is adapted from an article by Priyanka Naik of ChefPriyanka.com.

Fall is here, and that means Thanksgiving is just around the corner! It also means that there will be tons of pumpkin treats to bake, share, and eat.

Finding quality ready-made pumpkin desserts can be tricky, but why go searching for one when you can make your own? Dark chocolate combined with the sweet flavors of pumpkin and cinnamon make for a delectable fall treat! These cupcakes also contain a surprising ingredient that makes the cakes moist and delicious: coconut oil. Enjoy! 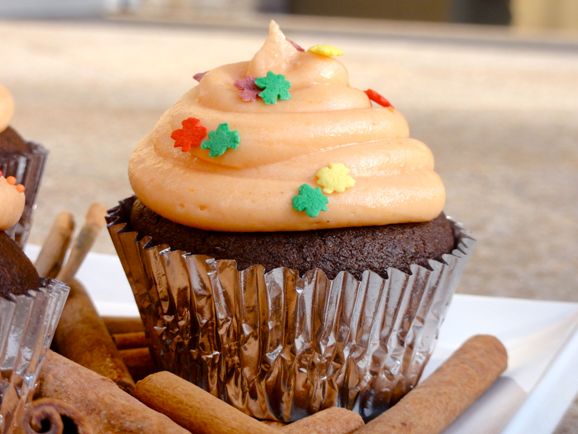