The following is adapted from an article by Carissa Leventis-Cox of Mama in the Kitchen, and she ain’t cookin’!

My cousin Ami served her father’s Christmas Garlic Pecans a few years ago, and they were delicious and addictive. I think I kept pestering her to make it since then because I never knew that pecans could taste so good. In the past few years, I have discovered other recipes for pecans. Here is a raw holiday pecan recipe spiced with cinnamon and rosemary. People never guess that this is a raw treat. Enjoy! 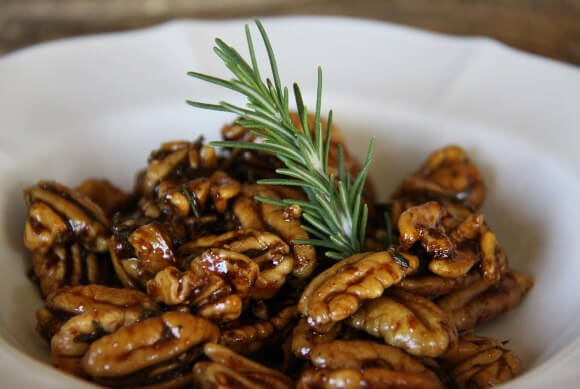