All right, fellow pumpkin-pie lovers. Let’s be honest and admit that the pumpkin filling is what has us hooked. Don’t get me wrong―I love a good pie crust just as much as the next dessert fiend, but when it comes to pumpkin pie, it’s the filling I want more of! Who’s with me?

The aforementioned pumpkin goodness is the reason I decided to whip up some vegan pumpkin pudding—aka a crust-less pumpkin pie—the other night. Not only was it bragworthy, it also only took me a total of 10 minutes to make. Without further ado, here’s the recipe to vegan pumpkin pudding bliss! 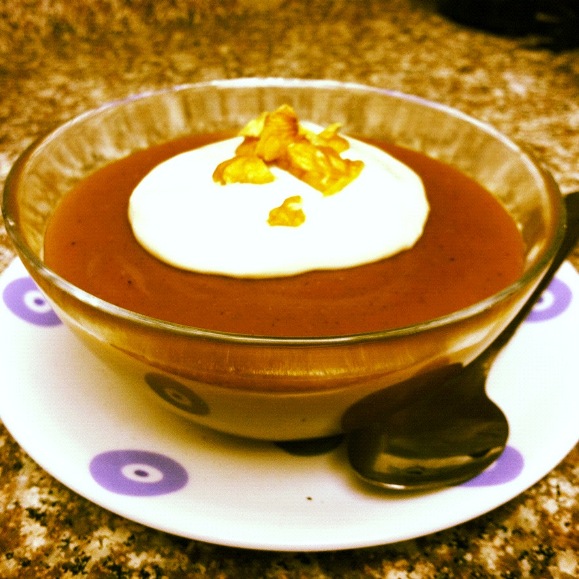