And Now With No Cholesterol! 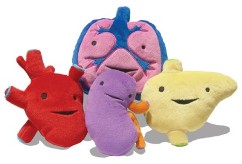 My boyfriend’s nonvegan brother and sister-in-law came over for his birthday last week, although Jay (the bf) wouldn’t let me acknowledge that it was for his birthday. “They’re just coming over for lunch, and we happen to be having cake for dessert,” he said. OK, whatever. I cried a little inside about not having birthday candles and moved on. We both revel in treating nonvegans to delicious vegan food. So when Jay’s normally laid-back brother started looking a little breathless and said, “So, there really aren’t any eggs in this cake? It’s so moist,” we both smiled. I said, “No, of course not. You don’t need eggs to make a good cake,” and I grabbed my copy of The Joy of Vegan Baking to show them some recipes (everything in that cookbook is absolutely amazing).

Whenever Jay and I serve vegan food to nonvegans, he always repeats the same line like a mantra: “Nothing you’ve eaten today had any cholesterol!” It’s like we’re on an infomercial, and I try to stifle my laughter. The thing is that for Jay, it’s not really a laughing matter. His father passed away suddenly from a heart attack in his 50s, and Jay’s brother’s cholesterol and triglycerides are dangerously high. He’s not even 40 yet, and he’s on cholesterol-lowering drugs. Jay’s cholesterol, on the other hand, is 123. To put that in perspective, the average meat-eating American’s cholesterol is 210, while the average vegan’s cholesterol is 133.

When my stepfather had a serious heart attack last December, his doctor told him two things: 1) You’re very lucky to be alive (the type of heart attack he had is referred to as a “widow maker”), and 2) A vegan diet is the healthiest. While he hasn’t gone fully vegan, he’s significantly reduced his consumption of animal products and increased the amount of vegetarian foods he eats. When you consider that vegetarians live longer, have a significantly reduced risk of many chronic diseases (including heart disease), and don’t smell when they’re old, going vegan seems like a no-brainer to me—especially if you can still eat delicious cake.