When I received a sample of a new meat replacer made by a brand called “neat” in the mail, I was very curious about this organic, gluten-free product made of pecans and garbanzo beans. I liked that it was made with foods I eat regularly and that it came pre-seasoned—since I’m not the world’s greatest chef. There are four flavors of neat: original, breakfast, Italian, and Mexican. Since I’m a huge fan of Mexican food, I opted to make tacos! The packaged mix was very easy to prepare, the seasoning was delicious, and the texture was great—crispy but succulent. 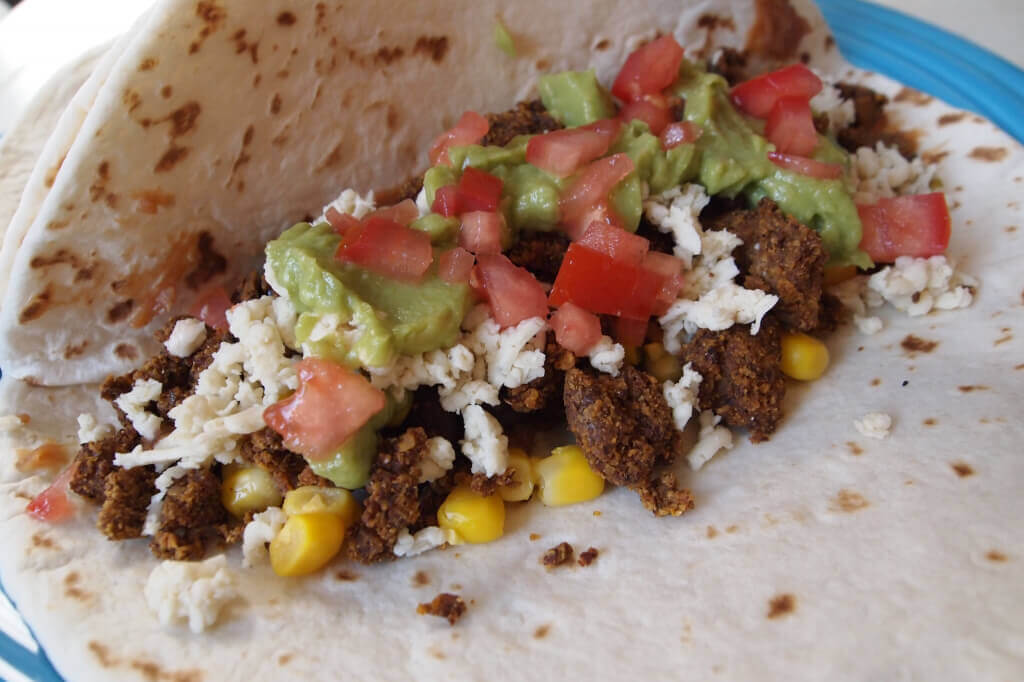