Improving Health for Us All 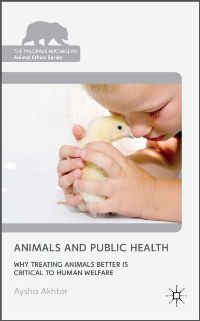 The following article was written by Ingrid E. Newkirk, PETA’s president and a former director of public health in Washington, D.C.

In the words of the World Health Organization, health is “a state of complete physical, mental and social well-being and not merely the absence of disease or infirmity.” In her book, Animals and Public Health: Why Treating Animals Better Is Critical to Human Welfare, Dr. Aysha Akhtar convincingly argues that this definition is due for an update: Research confirms that improving the well-being of humans is deeply connected with improving the well-being of animals.

With her background in neurology and preventive medicine, Akhtar analyzes a wide range of research—on domestic violence, the global animal trade, farming practices, and animal experimentation—to identify clear examples of the connection between human and animal welfare. Some of the details are surprising. For example, studies of battered women have found that abusive partners use violence against beloved companion animals as a way to frighten their victims into silence. This despicable behavior is shockingly common, with some studies finding that more than 70 percent of victims of family violence report this kind of experience. But because most women’s shelters don’t allow companion animals, more than a third of these victims delay seeking help out of concern for what would happen to their families’ dogs and cats if they were left behind with their attackers.

In addition to the impact on the health of individuals, Akhtar discusses the influence that animal welfare can have on the health of entire populations. Past outbreaks of diseases of all sorts and the possibility of new ones are unavoidably related to the way animals are captured, transported, and crowded together for use as food and clothing and in laboratory experiments. Viruses that have emerged in the recent past, such as those responsible for HIV and SARS, likely made the jump into humans when hunters were exposed to the blood of animals who were the natural carriers. Rabies was introduced to the region between West Virginia and New York after hunting ranges were stocked with infected raccoons in the 1970s. Turtles and other reptiles intended to be sold as pets become infected with salmonella when forced to breed in crowded ponds, and the physical stress of living in captivity makes them more likely to become infected and subsequently shed the dangerous bacteria. The list goes on and on.

Perhaps of most concern are the problems associated with using animals in experiments intended to predict how humans will respond to medicines and toxic chemicals. The numbers of animals used in these experiments, often without pain relief, are staggering: at least 115 million animals every year. To make matters worse, our assumptions about the ability of these tests to make predictions about human health are increasingly under fire. For every 100,000 potential drugs tested on animals, only about 50 ever make it into tests on humans. Of these 50, more than 90 percent prove to be unsafe for human use. The overwhelming majority of animal-based research never makes a dent in changing how we address human health—yet it is conducted at a tremendous cost to animals.

Fortunately, there are many ways forward that can help lift humans and animals out of these difficulties. Akhtar uses the information that she has collected to urge public health practitioners to recognize the harm caused by the neglect of animal welfare by speeding up the pace of the changes already taking place. In the wake of studies that found the connection between human and animal abuse, there has been a growing movement to create women’s shelters that extend their care to companion animals. Growing awareness of the problems associated with factory farming are encouraging more and more people to adopt healthful, plant-based diets. The hard truth about medical research on animals has jumpstarted the rapidly developing growth in non-animal testing technologies that are better able to mimic human biology. As Akhtar concludes, including animals in public health can only serve to improve health for us all.

To learn more, please order a copy of Animals and Public Health: Why Treating Animals Better Is Critical to Human Welfare at Amazon.com. For more information about the author, please visit http://www.ayshaakhtar.com/. 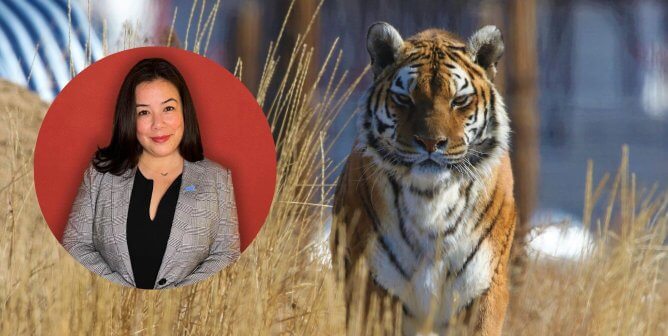