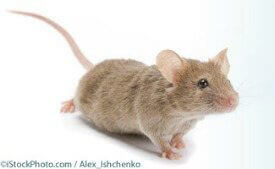 It seems so obvious, yet it took decades of failed experiments on mice before a study emerged that concluded that mouse hearts are so fundamentally different from humans’ that testing experimental heart arrhythmia drugs on mice is essentially pointless.

Igor Efimov, Ph.D., a researcher at Washington University in St. Louis who studies heart rhythm disorders, looked at the differences between the effects of two heart drugs on mice and on human hearts taken from the deceased or from transplant patients. In an article in the August issue of the Journal of Molecular and Cellular Cardiology, he and his colleagues report that the drugs, which had looked promising in mice, wouldn’t work in humans—and might even kill them.

The problem is that key genetic differences between a mouse’s heart and a human’s heart mean that the drugs studied had the exact opposite effect in humans as they did in mice. One of the drugs “would cause fatal arrhythmias in people,” says Dr. Efimov.

“A mouse’s heart beats about 600 times per minute, so you can imagine it is a little different from humans, whose hearts beat on average 72 times per minute,” he points out. So it shouldn’t come as any surprise that drug experiments on mice—even transgenic mice—have “resulted in the discovery of almost no successful drugs.”

As this study shows, it is studies on humans (and human organs) that yield results that are applicable to humans, which is one reason why we should all take a moment right now to register as an organ donor. And make sure you indicate that you are an organ donor the next time you renew your driver’s license—you’ll potentially save humans’ and animals’ lives.