Conflicts of Consistency: Militant or Gentle? 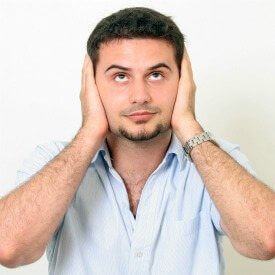 This article originally appeared on PETA Prime. It is part of an occasional series exploring questions of consistency and other moral dilemmas facing vegans and animal rights advocates.

What’s the best way to win people over to a healthy and compassionate vegan lifestyle?

At one end of the spectrum, there is the militant, confrontational route. This is the in-your-face approach and might very well include a war of words, a heated discussion, or a rage of passion for compassion. While this may be ideal for those with the fortitude of a criminal defense attorney during cross-examination, for most of us, we would do well to remember that a wise person (that would be us!) never argues with a fool because a stranger would not be able to tell the difference.

At the other end of the spectrum, there’s the more gentle and nonconfrontational approach. This is when we quietly set an example by how we live our lives as vegans—truly live and let live (for all animals). As subtle as this is, it is powerful. Others do notice that we don’t just talk the talk, but actually walk the walk.

So which is the best approach to engaging those who may not yet share the same cruelty-free diet you’ve chosen to adopt? Well, like so much in life, the answer is probably somewhere in the middle. There may be times when some confrontation is called for and other times when it does more harm than good. It’s usually easier to persuade people with polite arguments rather than with heated rhetoric. It’s just like that age-old saying: “You can attract more flies with honey agave than with vinegar.”

Sometimes we have to push the envelope a bit, especially if someone hits a raw nerve. That happened to me recently with a family member, as told in “The Cake and the Controversy.” These situations can become opportunities to have a respectful exchange, to educate, and to do some vegan myth-busting!

As “vegangelists,” there is a very fine line between coming off as informed, committed, and compassionate advocate and coming off as a holier-than-thou sanctimonious zealot. Here again, living the ethical example goes a long way. A close friend recently told me how much she respects me for consistently practicing what I preach—respect for all animals.

For those of us who embrace a vegan lifestyle for all the right reasons—for animals, for the environment, and for our own health—the stakes are high indeed. Unfortunately, for the committed carnivore, the steaks are high as well—a high priority—and switching to grains goes against the grain for them!

What’s your take on the best approach?