Sixty-nine percent of Americans are overweight, and 35 percent are obese. These numbers show how out of control the obesity epidemic is in the United States. Cheese and other dairy products not only cause cows and their calves to suffer but also are extremely fattening and unhealthy for humans. Most cheese is made of 70 percent fat , and most of that is saturated fat, the kind that leads to clogged arteries and heart disease. A Physicians Committee for Responsible Medicine study shows that cheese consumption has risen drastically over the last 50 years, thanks to government programs that have pushed cheese into schools and food-subsidy programs as well as promotion of cheese and milk consumption in other ways. The following chart shows clearly what needs to be done. Go vegan! 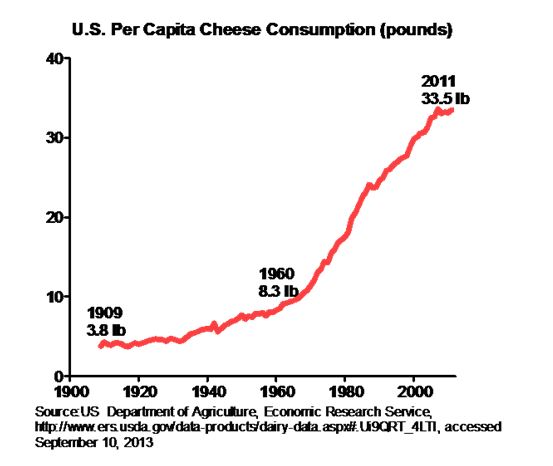