Stuffing has always been my favorite part of Thanksgiving dinner. When I realized the gross way in which stuffing is traditionally cooked, I was put off, to say the least. Luckily, there are a lot of cruelty-free vegan stuffing options out there that don’t call for being cooked inside a turkey. This one is extra-delicious and definitely something to be thankful for. 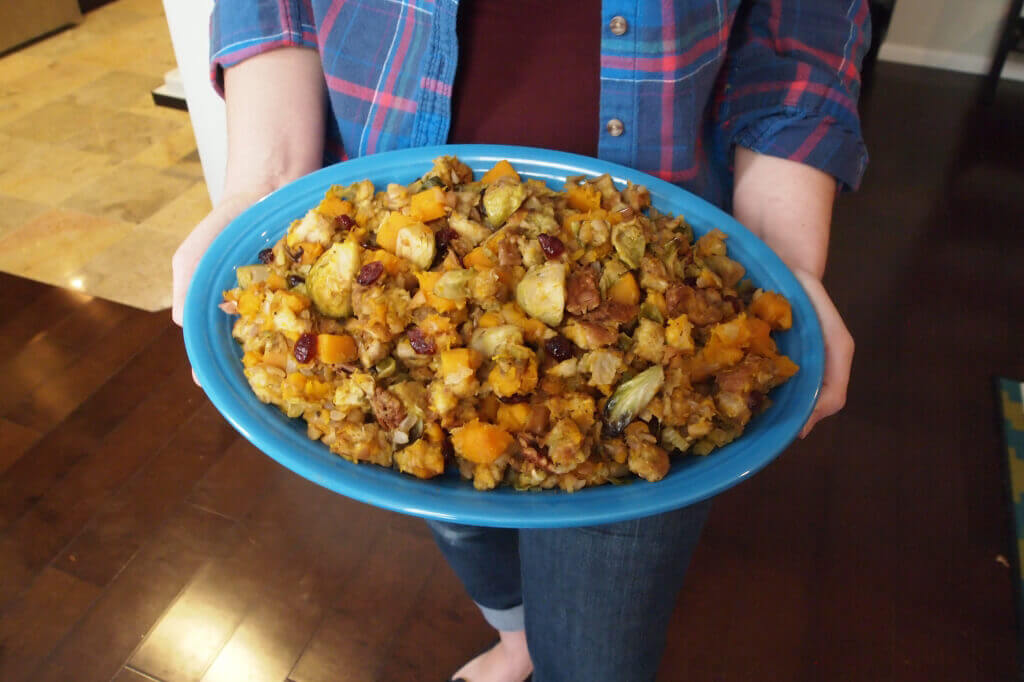