This post is going to be short and simple, because today’s recipe is not. The recipe from Chow.com for Black Beans With Mexican Beer, also called frijoles borrachos, may seem a little complicated with its long list of ingredients, but it is definitely worth the effort.

The peppers, spices, and herbs combined perfectly with beer to make one of the most flavorful black-bean dishes I’ve ever had. I must admit that the extent of my black-bean-making experiences include opening a can and maybe adding some cumin and garlic—so it’s no surprise that with this recipe, I was in for a special treat. 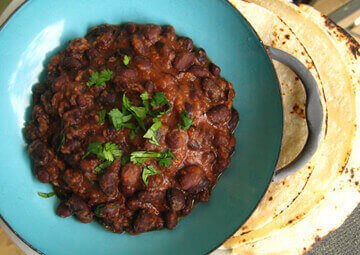