I found a yummy recipe for BBQ tempeh sandwiches and decided that with a few of my own additions, the sandwiches would be the perfect dish for a Southern summer party. In between taking turns on the Slip ‘n Slide and playing rounds of Never Have I Ever, we found the time to scarf down our food, and the sandwiches were a huge success—which was much-needed redemption after the embarrassing truths I revealed during Never Have I Ever.

Meat-eaters and vegetarians alike raved that this was the best tempeh they had ever tried. Cooking the tempeh for a long period of time lets it slowly absorb all the liquid until it has a soft texture but isn’t mushy. The chipotle powder in the BBQ sauce really has kick—the cool slaw on top provides a perfect balance to the heat and a nice crunchy texture. 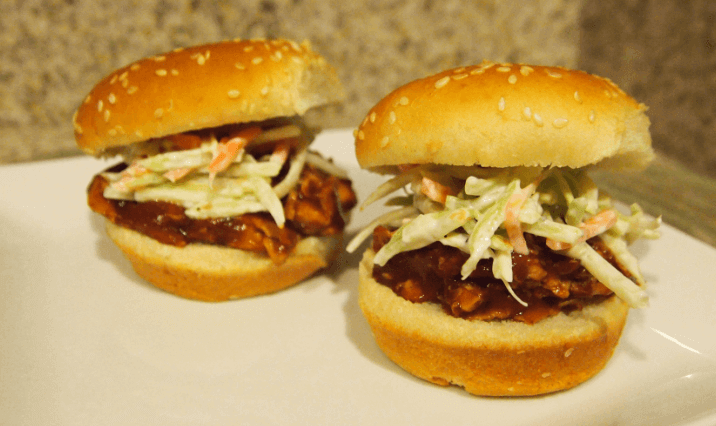 *Note: If you can’t get all the tempeh in a single layer, make one layer and cover it with half the marinade. Top with the rest of the tempeh and pour the remaining marinade on top.