‘Bacon’-Wrapped Vegan Pigs in a Blanket

Vegan Pigs in a Blanket is my staple potluck recipe because it requires almost zero time to make and it’s always a huge hit with vegans and meat-eaters alike (especially considering all the gross things found in hot dogs!). Then one day I realized that there was a way to make this classic, invincible finger food even better—by adding vegan cheese and cruelty-free bacon! 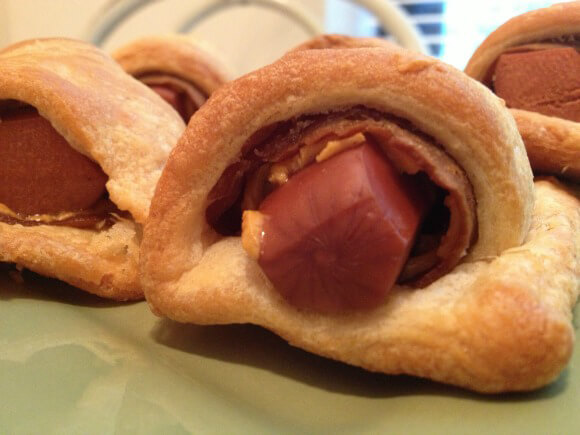 ‘Bacon’-Wrapped Vegan Pigs in a Blanket