16 Photos That Will Change Your Mind About Eating Meat

Animals are thinking, feeling beings, and we shouldn’t eat them. The following are 16 reasons why:

1. Because this calf lives in a dirty, fly-infested veal crate. 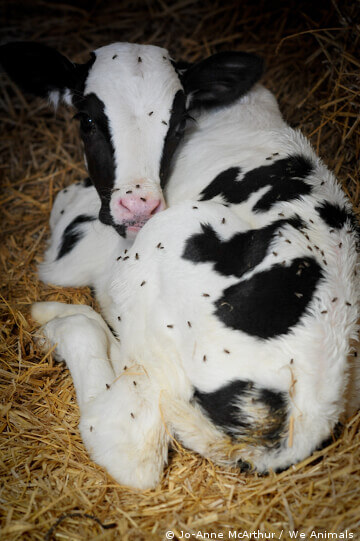 2. Because this goat is about to be slaughtered. 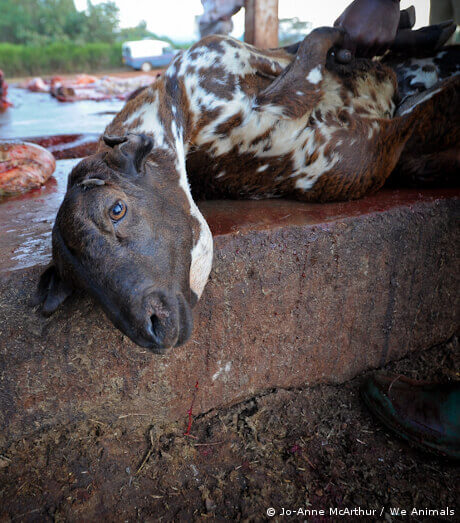 3. Because these ducks, rescued from the foie gras industry, need their livers. 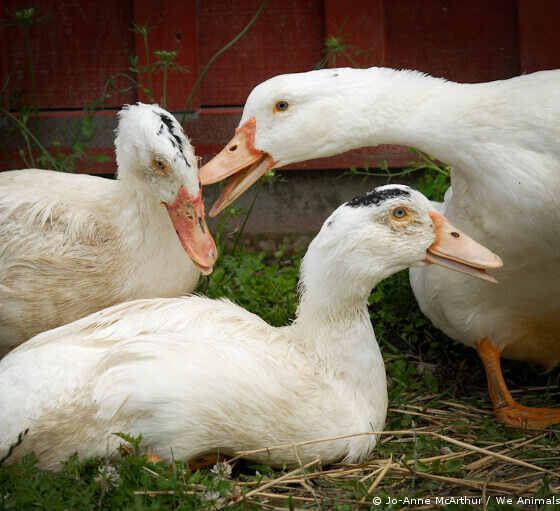 4. Because this rescued cow escaped from a burning transport truck bound for slaughter. 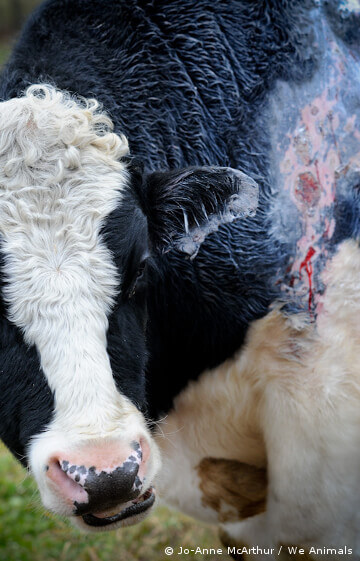 5. Because this cow isn’t so lucky.

6. Because this rescued chicken had her beak burned off without any painkillers. 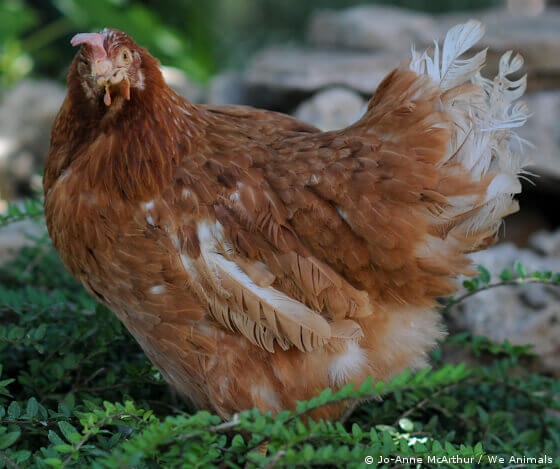 7. Because this rescued rooster survived a factory farm that collapsed during Hurricane Katrina. 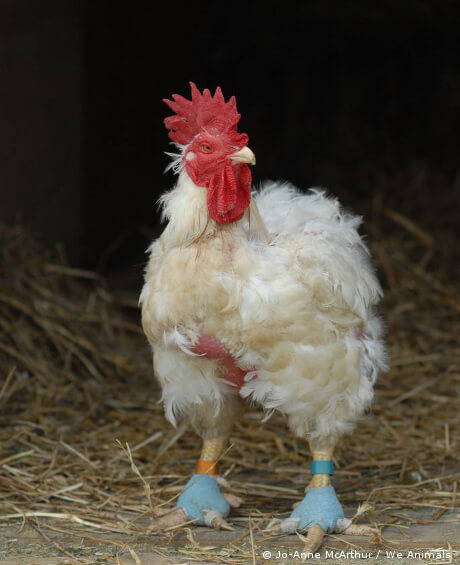 8. Because this pig just arrived at the slaughterhouse. 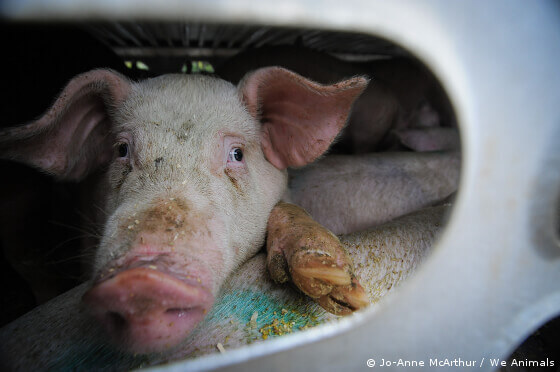 9. Because the mother-calf bond is instantaneous. 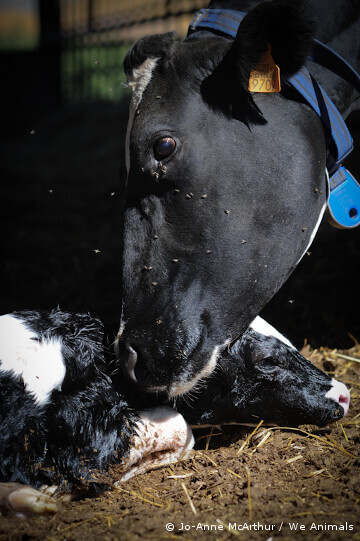 10. Because these other mother cows look on. They’ve all had their babies taken from them just hours after birth. 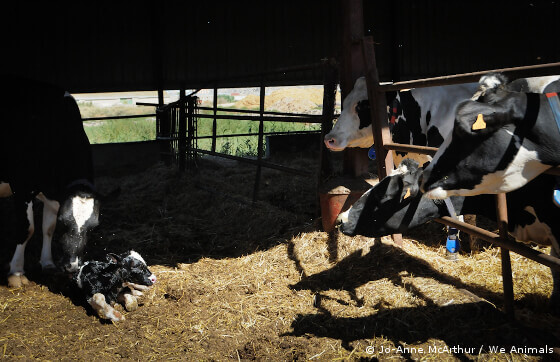 11. Because these cows don’t want their baby taken away. 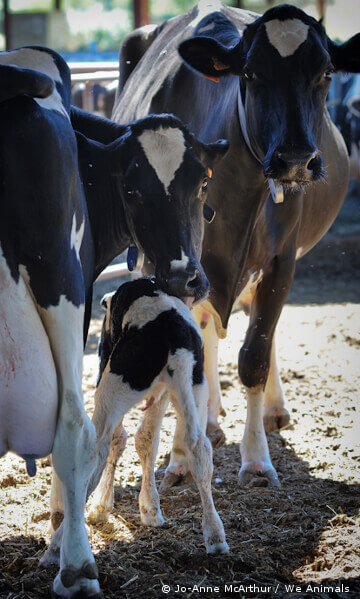 12. Because she was taken away anyway. 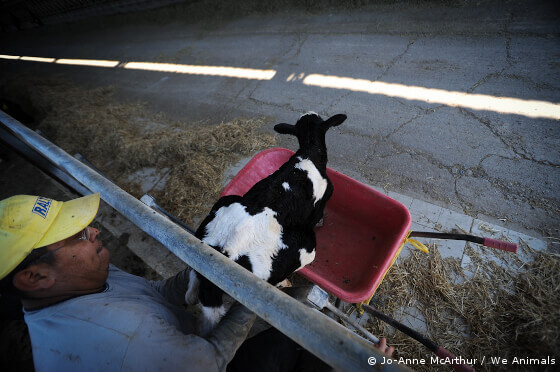 13. Because calves raised for veal spend their short lives in a small pen and are then shipped to slaughter. 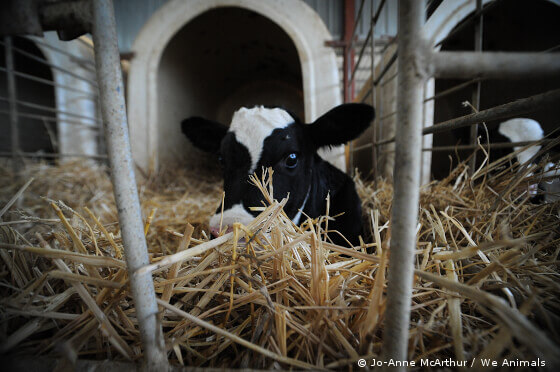 14. Because this calf can’t even walk to her prison. 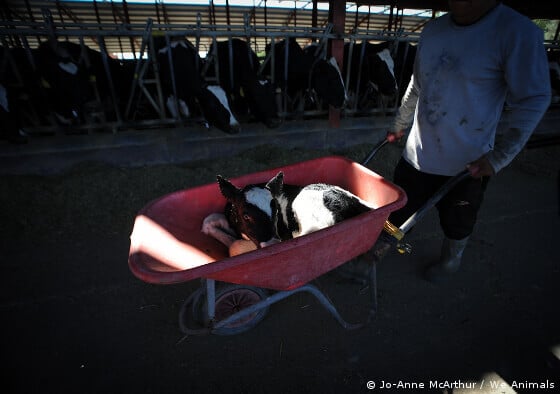 15. Because this is where she’ll stay until she’s either slaughtered for veal or used for her milk. 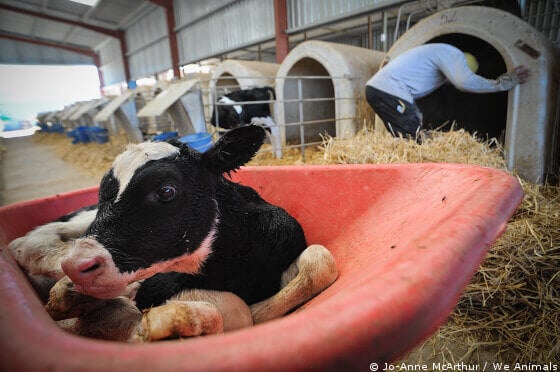 16. Because later that day, the fly-covered calf we saw before is now dead. 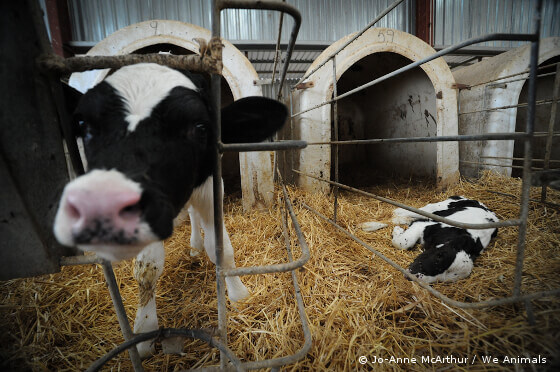 Don’t support an industry that steals life and living away from the most vulnerable. Order your free vegan starter kit now and start living a cruelty-free lifestyle.

All images from We Animals.