A Must-Read for New Vegans

I sure could have used the new book Letters to a New Vegan: Words to Inform, Inspire, and Support a Vegan Lifestyle when I went vegan 23 years ago, after receiving a mailing from PETA. The book might have made my first few weeks as a vegan less … well, clumsy. It’s full of wise and warm letters from everyday vegans and well-known animal advocates alike, including PETA President Ingrid Newkirk, welcoming new vegans to the table. 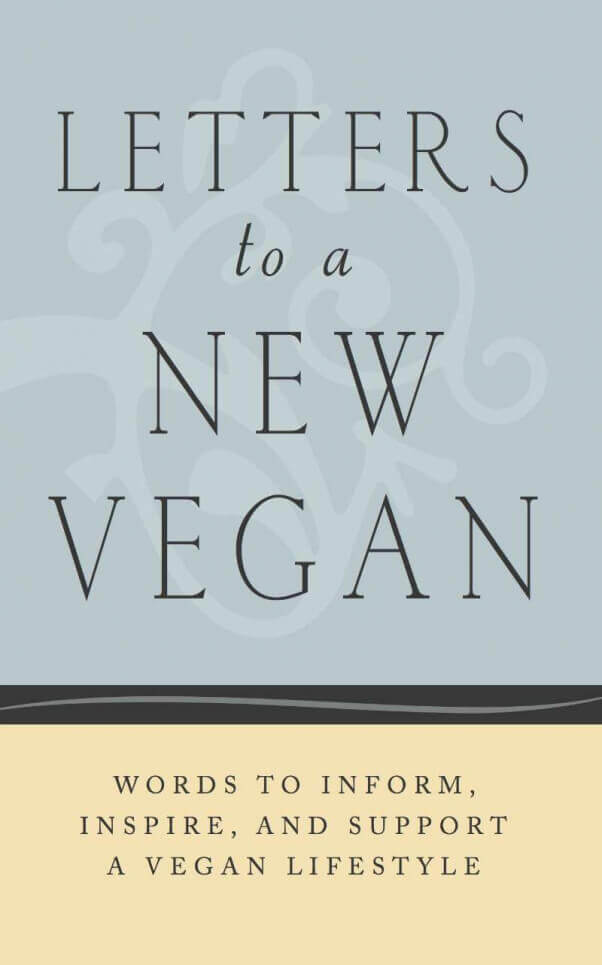 Some of the letters are philosophical, some are filled with practical advice and tips, and some are simply congratulatory and encouraging. Perhaps more than anything, the book is a show of solidarity from likeminded people who were once new vegans themselves. While everyone has a slightly different perspective—and not everyone will share the same experiences and emotions—new vegans will surely find it heartening to know that they are not alone and that they’re in for an exciting journey.

As Ingrid points out in her letter, you never know where that journey will lead:

What I didn’t know when I started People for the Ethical Treatment of Animals more than thirty years ago was that it would become the largest animal rights organization in the world. I had no idea that we would grow from five people in the spare room of my apartment to three million supporters. I had no way of knowing that we would win landmark victories for animals and that companies would change cruel practices because of PETA’s campaigns.

In her letter, Ingrid reflects on her life before she went vegan and explains that, like most people, she simply didn’t make the connection between living animals, for whom she had “nothing but love and respect,” and the food that appeared on her plate. It wasn’t until she was a law-enforcement officer and came across a pig who had suffered horribly that she realized that there’s no difference between abusing and killing a dog or a cat and abusing and killing a pig or a chicken. That’s when she knew it was time to stop eating meat.

I’m certainly not a “new” vegan, but I found Ingrid’s letter empowering. In fact, several of the letters in the book resonated with me, either because I share a similar perspective or an opposing one or simply because the letter included a thought-provoking insight that’s relevant for both new and seasoned vegans alike. Here are just a few passages that I think will inspire you, whether you’re a longtime vegan or just starting on the path:

I didn’t let my husband, my father, or anyone else discourage me, so please don’t allow people to discourage you, either. You can explain to them, as I did, that if they care about you, it would help you if they would respect your feelings and your commitment to doing what you feel is right. And in my experience, people will not only come to accept your choice but also actually enjoy the vegan dishes that you make. They will see you flourishing and they will strive to be healthier themselves; they may even start to make changes in their own lives to be kinder to animals.

Finally, always remember who you were before you chose veganism, and what combination of factors encouraged you to change. In doing so, you’ll carry with you the necessary humility, thoughtfulness, and capacity to listen that will enable you to awaken others to veganism, just as you were awakened.

The more you learn about veganism, the more you may feel frustrated that the world isn’t as thoughtful as you are regarding choices for food, clothing, and other products. Please remember who you were last year. Were you not a kind, compassionate person, deserving of being loved? Give someone else that chance to learn.

Add wonderful new foods and products and friends and experiences to your life every day. Discover produce you’ve never tried before at the farmers’ market. Experience some novel cuisine at a Vietnamese or Ethiopian or Indian restaurant. Enjoy the respiratory relief of cleaning your house with natural, cruelty-free cleansers. Have fashionable fun replacing leather shoes and bags with vegan alternatives.

You will know one day, when being vegan isn’t seen as weird or extreme anymore, that you were there when the world was changing. You were a part of a movement. Your choices mattered. You saved lives. You helped make the world a better place.