Why Was I Doing This?

Why was I doing this? This was just one question I repeatedly asked myself on the way to a demonstration at the Golden Gate Kennel Club dog show. Did I really want to participate in a protest? Was it worth a 100-mile drive? Was I emotionally prepared?

Many people who are actively involved in animal issues understand that your heart strings are constantly tugged. You may be more attached to your extended animal family than what relatives deem “normal.” You constantly write checks to animal shelters or local rescue organizations. You have daily conversations about your “radical” diet. At times, it is exhausting.

On top of this day-to-day reality, the past week had been even more challenging. A friend announced the purchase of yet another “show dog,” and a cousin shared pictures of the eight puppies her unspayed dog had just delivered. When those nearest to you do not understand, the disappointment seems greater and the hurt runs deeper. I felt defeated and discouraged.

In spite of my current mood, I decided to go to the demo. Within minutes of arriving, the venue staff was expressing their displeasure at our presence. Why did they not understand that we were there only out of concern for the 3 to 4 million individual animals killed in animal shelters every year? Unlike the breeders or the kennel club, we had no financial incentive. We were driven by compassion alone. Undeterred, we held our ground. Then the police arrived. 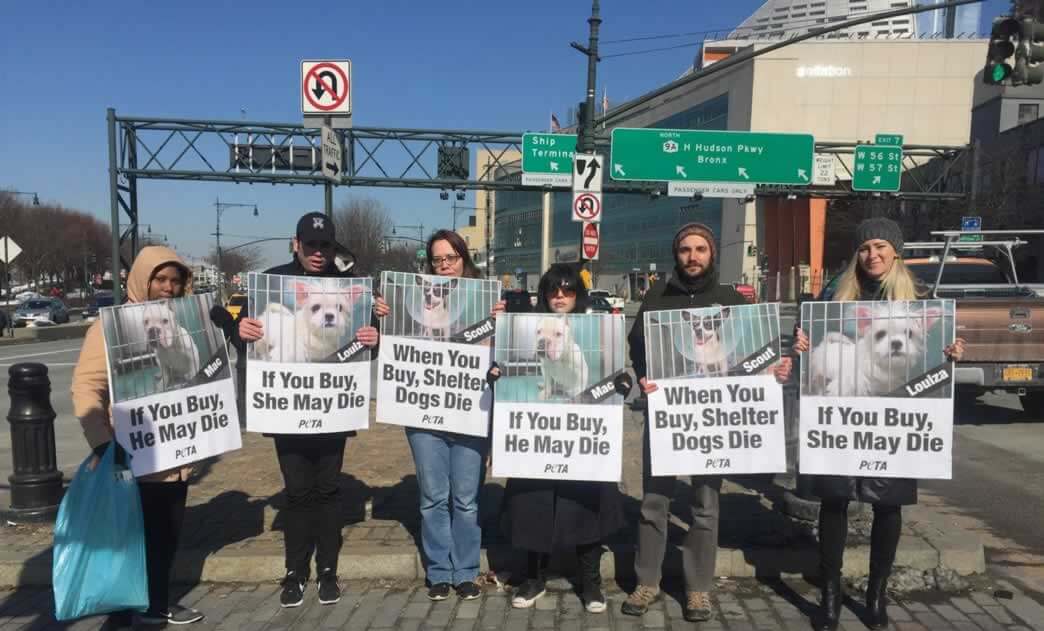 The questions I had asked earlier came back to haunt me. I was not ready for this confrontation. I should have stayed at home. Then something unexpected happened: The policeman kindly reminded us to avoid the entrance, and then he pulled out a picture of his rescue dog and said, “Best shelter dog ever. Good luck today.”

His positive comments set the tone for the day. I was pleasantly surprised by the number of people who immediately understood our mission and thanked us. They stated that they would never buy an animal as long as the shelters were full. Others seemed confused by our presence, but as they read our signs and watched the video of animals being euthanized, their faces softened, and they graciously accepted our literature. 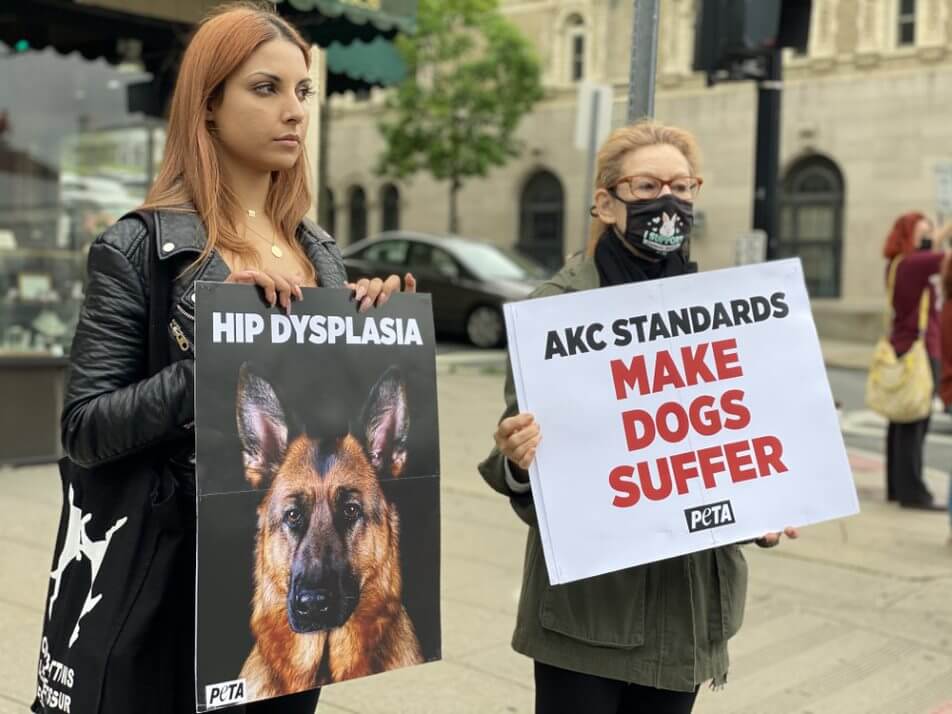 I participated in constructive conversations about the impact that breeding has on the overpopulation crisis and on the misconception that purebreds were somehow better than other dogs. There were, or course, individuals upset by our presence. Some would avoid eye contact and look down at the ground as they quickly entered the building.  Others were more vocal about their displeasure. For these people, we were a reminder that their choices have fatal consequences. But we were also a reminder that a benevolent option does exist-adoption.

By the end of the day, my spirit was renewed. Surrounded by compassionate activists and encouraged by the kind words of strangers, I was confident that our message had been heard. I knew there would be shelter pups soon going to their forever homes. My original doubts were gone. I no longer questioned what I was doing there but instead questioned why it had taken me so long to get there.

Nancy Hartwig is an engineer by day, a harpist by night, and an ethical vegan all the time.