Making Difficult Decisions When Your Animal Is Sick: An Insider’s Perspective 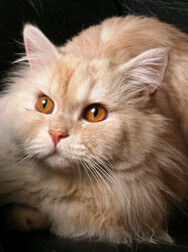 The following article was written by Dr. Barry Kipperman, and originally appeared on PETA Prime.

One of the most difficult parts of my job as a veterinarian is communicating to you, the guardian, that your animal companion has a serious illness. My goal is to be empathetic, informative, and clear and to provide you with as many humane options for care as possible. A barrier to meeting this goal is what motivated you to see a specialist in the first place—your emotional attachment to your furry family member.

Our emotions often prevent the rational thought process that is necessary to make good decisions on behalf of our animal companions when they become ill. If a decision about medical care can take place without haste, then our rational side has time to aid us. However, if your animal’s illness is of an urgent nature, immediate decisions must be made.

Either way, our reactions under these stressful circumstances often include those typical of the grieving process such as the following:

The years of training I received in vet school did not sufficiently prepare me to handle these emotionally charged moments. I also know that although my intentions are good, I’ve occasionally responded to personal accusations, instead of understanding that my client was acting out of grief. A few weeks ago, a client brought in a very debilitated small dog. The dog was so weak that he could barely stand, and his pale gums suggested severe anemia. I discussed the animal’s poor condition and gently suggested that this had been coming on for some time. If we were to go forward, an immediate blood transfusion was needed. Euthanasia was also discussed as a humane option. The client took more than three hours to make a decision and then elected to take the animal home. The “animal-advocate” side of me was frustrated with the very poor condition of the dog and hoped that a rapid decision could be made to end the dog’s suffering. Yet I knew that this client had likely delayed bringing the animal in to avoid hearing the inevitable bad news about her beloved companion.

I recall the night that my cat Whitney suddenly declined after a long illness. I had always envisioned a peaceful, controlled death for him, in which I would place an IV and say goodbye on our terms, in his favorite bed. Instead, his breathing was labored, he was in distress, and I was torn up, realizing that he could die a bad death in transit from the hospital to my home if I attempted to end things as I had planned. I recall a lot of crying, and even though the decision I needed to make was apparent, I still needed to call a friend for counsel and support. I try to think back to that night to help me empathize with what my clients are going through when they receive bad news.

So, how can you help make the best decisions for your animal companion when he or she is very ill?

1)  Bring a spouse or trusted friend with you to the hospital. He or she is probably familiar with your relationship with your companion and will be a valuable guide to help you make decisions.

2) Have the veterinarian put important information for you in writing. We all know that we forget most of what we hear. Having options in writing allows you to arrive at a better understanding of what’s wrong and make better decisions.

3) Take some time when your companions are older to envision how you’d like their last moments to be spent. Having a plan ensures a greater chance that it will occur.

4) Sometimes saying “Goodbye” to our beloved companions to end their suffering is the most loving decision that we can make for them.