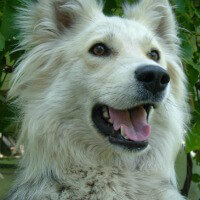 During the summer months, my dogs love visiting our local dog-friendly beach to run and romp, but lately I’ve begun to dread these outings. I’m seeing more and more dogs, even small dogs, puppies, completely normal and highly trainable dogs, sporting shock collars … oh, excuse me … e-collars. I’m not sure whether the “e” stands for “electronic”—or “excruciating.” It’s worth noting that anyone who uses a shock collar on a fellow human without permission will be arrested for torture, as did a Florida man last year, who used the collars on two young girls. So why are we using these devices on our “best friends”?

“Oh, it’s just a little tingle. It doesn’t hurt,” many people say. But could a “little tingle” really change a dog’s behavior so abruptly? Asking around, I learned that one of my coworkers, Amanda, had tried out a shock collar on herself, just out of curiosity. The one she tried was designed to stop dogs from barking, and it had six levels of intensity. She couldn’t get past level three.

“Level one was an unpleasant, scary shock,” Amanda told me. “Level two hurt and felt like something sharp was trying to stab into my neck. Level three felt like I actually was being stabbed in the neck, and I took the collar off right after that.”

She added: “I might use this collar on someone who kidnapped my child and refused to tell me where he was keeping her, but not on someone I love.”

Even without electricity, these collars look mighty uncomfortable. They come with a couple of prongs that poke into the dog’s neck just like a plug on an appliance goes into an outlet. Imagine having to wear a collar with prongs sticking into your neck the whole time you’re out exercising. I think that might take some of the fun out of it. 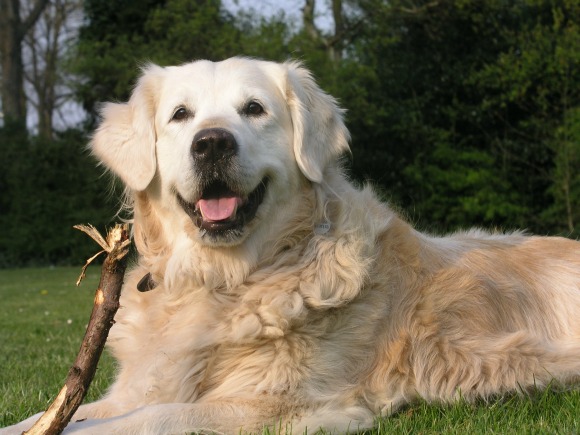 Dr. Nicholas Dodman, a well-known canine behaviorist, says in his book The Well-Adjusted Dog, “I have seen deep ulcerating wounds develop in the necks of dogs fitted with e-type prong collars that are too tight or have been worn too long.”

Shock collars are illegal in Wales and in several Australian states, and the RSPCA and the British Kennel Club disapprove of them, too, because they are considered cruel and inhumane. Simple logic dictates that many problems can arise from trying to use shock to produce good behavior in a dog. Two recent studies in the U.K. by the Department for the Environment, Food and Rural Affairs concluded that shock collars are not necessary for effective dog training and are detrimental to the welfare of dogs.

A previous study conducted at the University of Utrecht in the Netherlands comparing the use of shock with other aversive training techniques (such as choke collars and even hitting) found that the shocked dogs learned to associate painful experiences with the presence of their guardians “even outside of the normal training context” and that “the welfare of these shocked dogs is at stake, at least in the presence of their owner.” So, just to be clear: Using shock collars on dogs is worse than choking or hitting them.

One final thought: Shock collars can erode the bond between dog guardians and their dogs. Dogs are not dumb. They know when their guardians are withholding love and camaraderie and empathy. Since it is impossible for humans to inflict painful shocks on their dogs with a loving heart, their dogs will know that they are being abused by the person they love. Instead of punishing our dogs for what they do “wrong,” let’s all vow to use positive training methods only—by redirecting bad behavior, encouraging good behavior and rewarding our dogs for what they do right.