Four Cats Who Save the World!

When I say that comic books are bursting with animal champions (both hero and “villain” alike), you might say, “Sure—bats, spiders, and wolverines!” But nay, my friend, the most influential comic-book animals come from the family Felidae! 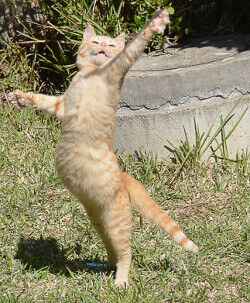 And in honor of Cat Week 2012, I want to showcase some of my favorite* cat characters in comics!

*I was going to include Garfield, but his comic is better without him. 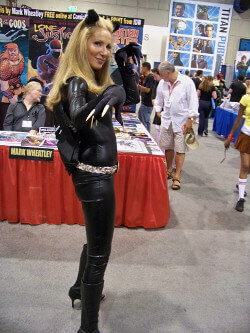 As the consummate anti-hero, Catwoman trolls the rooftops of Gotham and steals from “fat cats,” playing the role of Robin Hood (when she feels like it) and skirmishing with her sometimes-lover Batman.

Good thing she wasn’t declawed, too. Otherwise, how would she fight off that pointy-eared chauvinist? 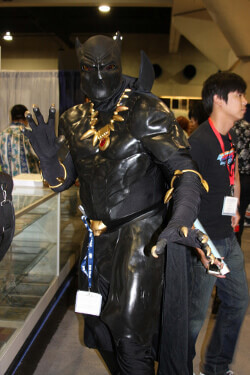 T’Challa, the latest leader of the fictional African nation Wakanda, is one of the smartest men alive. His combat skills are second to none, and his country is the most advanced and sustainable nation in the world.

The Black Panther, like his cat counterpart, is an impressive specimen but very dangerous. The power of the panther is a great reminder of how foolish it would be to keep a wild animal as a “pet” and the catastrophe that can follow. 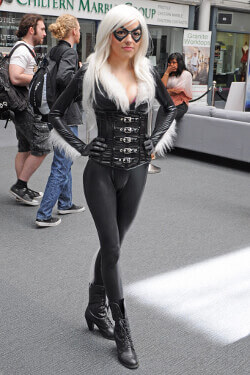 Felicia Hardy’s father was one of the world’s greatest thieves. As an adult, Felicia chose to follow in her father’s footsteps as The Black Cat! When not making security systems look like catnip, The Black Cat loves to make life miserable for her roof-swinging foe, Spiderman.

The Black Cat got her namesake from one of the most beautiful creatures alive: the black house cat! Jealous, right? Don’t worry—there are black cats all over the country looking for a home. 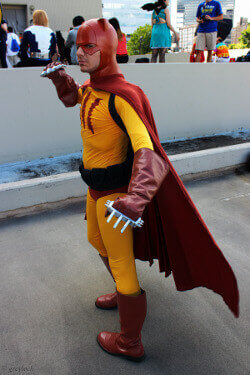 Catman is a master assassin, able to keep up with the finest martial artists in the world. Armed with his mythical cape that can heal any mortal wound, Catman is said to have nine lives—and then some!

And thanks to heroes like Catman, cats are masculine again! Guys are adopting cats, playing with cats, protecting cats, and speaking up for cats! They’re also making sure that cats are being treated with respect, and they’re speaking up when they aren’t!

Is your cat your hero? Tell us why in the comments below!