One Mosquito Bite Could Kill Your Dog

Where there are mosquitoes in the U.S., you can usually find heartworms, and all it takes is one bite from an infected mosquito to infect your dog with a potentially fatal disease. Thankfully, protecting your dog from heartworms is as simple as giving him or her a monthly heartworm preventive medication such as Heartgard (available from your veterinarian).

When dogs aren’t protected, heartworms can invade the arteries of the lungs and eventually back up into the heart. The worms take up a lot of space in the arteries, so the dog’s heart has to pump a lot harder, causing pressure to build up inside the heart and lungs. This can be catastrophic: A dog’s heart can simply fail because it’s not strong enough to push the blood past all the worms. Or, because the heart’s walls thicken when it is overworked, an arrhythmia can cause it to stop beating—resulting in sudden death. A blood clot can also form in the dog’s lungs because of hypertension, and that’s usually fatal, too. 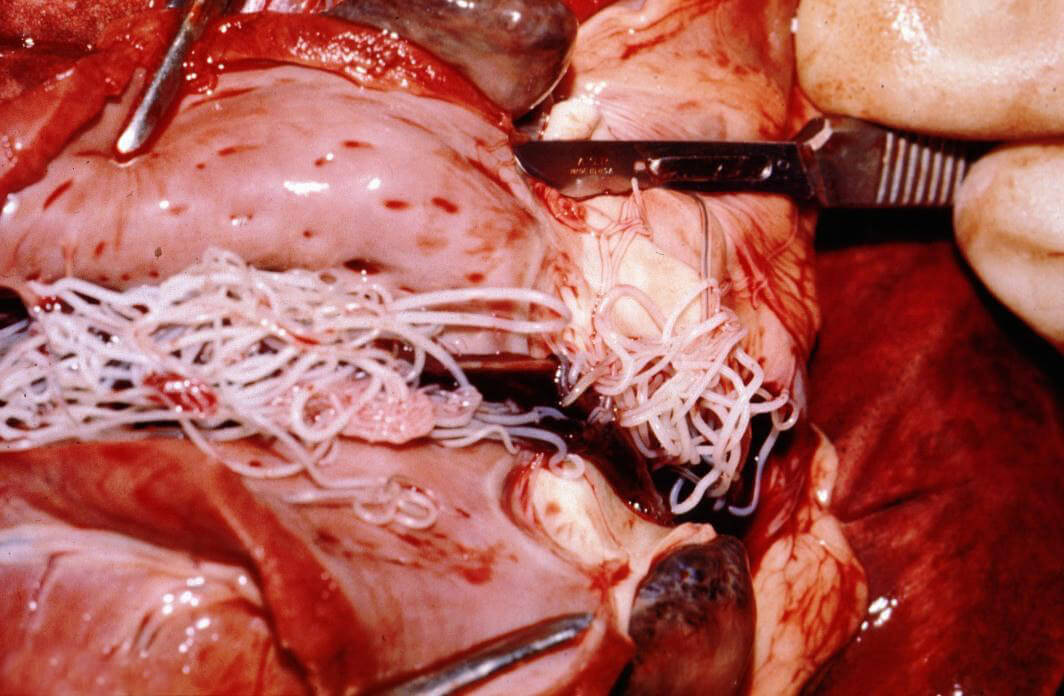 Life is no fun for dogs with heartworm disease. They endure coughing, difficulty breathing, fainting, pneumonia, and painful inflammation of the membranes of the kidneys, eyes, and joints, and they usually don’t have enough energy to go on walks or do much else that dogs love.

Some people gamble with their dogs’ health, hoping that they won’t get heartworms. Bad idea. Because if they do get heartworms, the treatment is no walk in the park—in fact, it’s extremely harsh (it contains arsenic!) and makes dogs feel miserable and can even kill them. After the treatment is administered, dogs have to be kept very still for weeks until all the worms have died and dissolved—otherwise, they could cause a fatal pulmonary embolism (a clog in an artery of the lungs).

No one who loves their dogs would intentionally risk putting them through so much suffering when there’s a simple way to prevent it. So please, if your dogs are not already on heartworm prevention, get them on it, pronto!