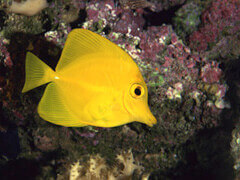 Fragile tropical fish, who were born to dwell in the majestic seas and forage among brilliantly colored coral reefs, suffer miserably when they’re forced to spend their lives in glass tanks. The same is true of river fish. Removed from their natural habitats and denied the opportunity to travel freely, they must swim around endlessly in the same few cubic inches of water.

Where Fish Really Come From

The popularity of keeping tropical fish has created a virtually unregulated industry that catches and breeds as many fish as possible, with little regard for the animals themselves. While many species of coral are protected under the Convention on International Trade in Endangered Species of Wild Fauna and Flora, most of the fish who end up in aquariums are not.

An estimated 95 percent of saltwater fish sold in pet shops come from the wild, mostly from the waters around Fiji, Indonesia, the Philippines, and other Pacific islands. More than 20 million fish, 12 million corals, and 10 million other types of marine life—such as anemones, shrimp, and mollusks—are captured every year to support a $300 million worldwide “hobby.” Some species, such as the Banggai cardinalfish, have become endangered because of overfishing, a practice commonly employed to satisfy the aquarium industry.

Native to coastal waters of Indonesia, the Banggai cardinalfish is endangered due to collection for aquarium trade. pic.twitter.com/4VHnmDkoE9

Collectors douse the coral reefs with cyanide, which is ingested by the fish who live there, and as reported in Scientific American, “The resulting asphyxiation stuns some fish and sends others into spasms, making them easy to grab by hand or net.” Half the affected fish die on the reef, and 40 percent of those who survive the initial poisoning die before they reach an aquarium. Cyanide also kills the coral reefs themselves, and marine biologists rank it as one of the biggest dangers in Southeast Asian waters.

Approximately 90 percent of freshwater fish are raised on farms. Goldfish, for instance, are usually bred in giant tubs in facilities that produce as many as 250 million fish per year. These animals are sold to zoos, pet stores, and bait shops, and many are doomed to live in plastic bags or bowls, neither of which provides the space or oxygen that goldfish need. The city of Monza, Italy, banned keeping goldfish in bowls because the containers do not meet the needs of the animals and because, as one sponsor of the law pointed out, bowls give fish “a distorted view of reality.”

Some fish farms are seeking new market niches by creating fish breeds that would never occur in nature, treating fish as ornaments instead of living animals. Some breeders even “paint” fish by injecting fluorescent dyes into their bodies or altering their genetic makeup to make them more attractive to buyers.

Fish have cognitive abilities that equal and sometimes surpass those of nonhuman primates. They can recognize individuals, use tools, and maintain complex social relationships. Biologists wrote in Fish and Fisheries that fish are “steeped in social intelligence, pursuing Machiavellian strategies of manipulation, punishment and reconciliation, exhibiting stable cultural traditions, and co-operating to inspect predators and catch food.”

Fish communicate with one another through a range of low-frequency sounds—from buzzes and clicks to yelps and sobs. These sounds, which are audible to humans only with the use of special instruments, communicate emotional states such as alarm or delight and help with courtship. The pumps and filters necessary in many home aquariums can interfere with this communication. “[A]t the least, we’re disrupting their communication; at worst, we’re driving them bonkers,” says ichthyologist Phillip Lobel.

Please don’t support the tropical fish trade by purchasing fish. If you enjoy watching fish, consider downloading one of the many colorful and realistic fish-themed computer screensavers available on the Web. Don’t support businesses or fairs that give fish away in contests or promotions. In the United Kingdom, it’s illegal to give fish as prizes or sell animals to children under the age of 16, and guardians must provide a “suitable environment” for all animals. A similar law is in effect in Reggio Emilia, Italy. 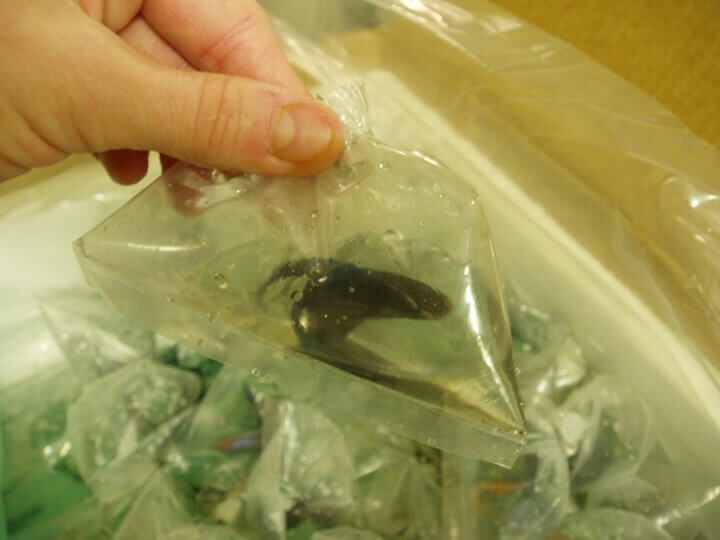 Biologists say that there is no safe way to return captive fish to their natural environments—which are often located in a completely different region of the world—because of the difficulty in locating such a habitat and the possibility of introducing disease to the other fish there. Researchers have found many species of non-native fish, including predatory species, living off the coast of Florida, and they attribute the presence of these populations to careless aquarium owners. These fish pose a real threat to native species. Never flush fish down the toilet in the hope of “freeing” them, as seen in the popular movie Finding Nemo. Even if a fish survives the shock of the swirling water, he or she would die a painful death in the plumbing system or at the water treatment plant.

If you already have fish, you can make their lives easier by providing them with an environment that is as much like their natural habitat as possible. While captive fish can never enjoy natural lives, the following tips will help ensure that they are as happy as possible:

Fish are complex animals, and caring for them properly requires far more knowledge, supervision, equipment, and patience than most people realize.

This page is only a very brief list of guidelines. Please purchase a fish care book well before you make the decision to take on the responsibility of caring for any fish. 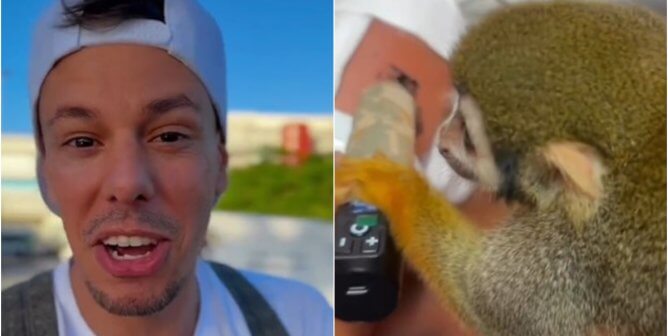