7 Reasons Why You Should Never Buy a Hermit Crab

Growing up, I lived with two adopted cats who were considered members of the family. So when I started my first year of college, I felt lonely in the university dorms without an animal companion. At a mall one weekend, I came upon a store that was selling hermit crabs and decided that one of these little creatures would be the perfect companion for my dorm room! The rest is history. I took my crab home, named him Herman, and vowed to give him a great life. I followed the store’s “care instructions” and got a plastic tank for Herman, along with some gravel and some branches for him to climb on. I fed Herman every day and took him out of his tank to explore. I also bought a brightly colored spare shell in case he grew larger and needed to switch shells. But Herman never grew. In fact, he lived for only a few months. 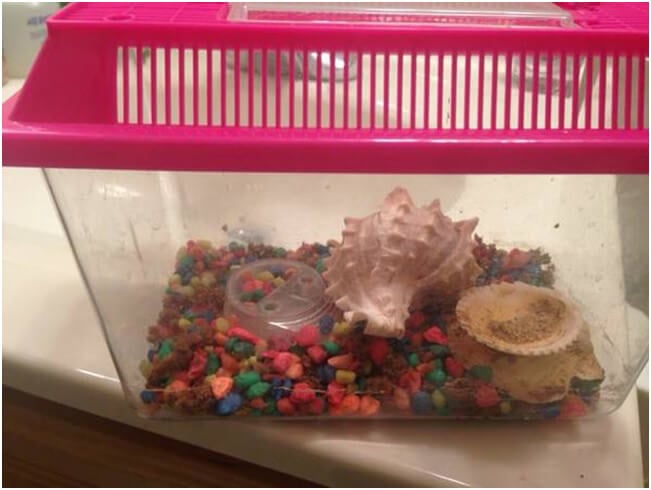 I thought I was giving Herman a happy life, but in reality, I was only supporting a cruel industry that had torn him away from his home in the wild and shipped him off to a mall to be sold for profit. Here are seven reasons why you should never buy a hermit crab:

1. Just about every land hermit crab sold in a souvenir shop or mall has been captured from his or her home in the wild, as hermit crabs rarely breed in captivity.

2. Hermit crabs need lots of friends! They thrive in large colonies, where they often sleep piled up together. They enjoy climbing, foraging, and exploring, and they even collaborate in teams to find food. 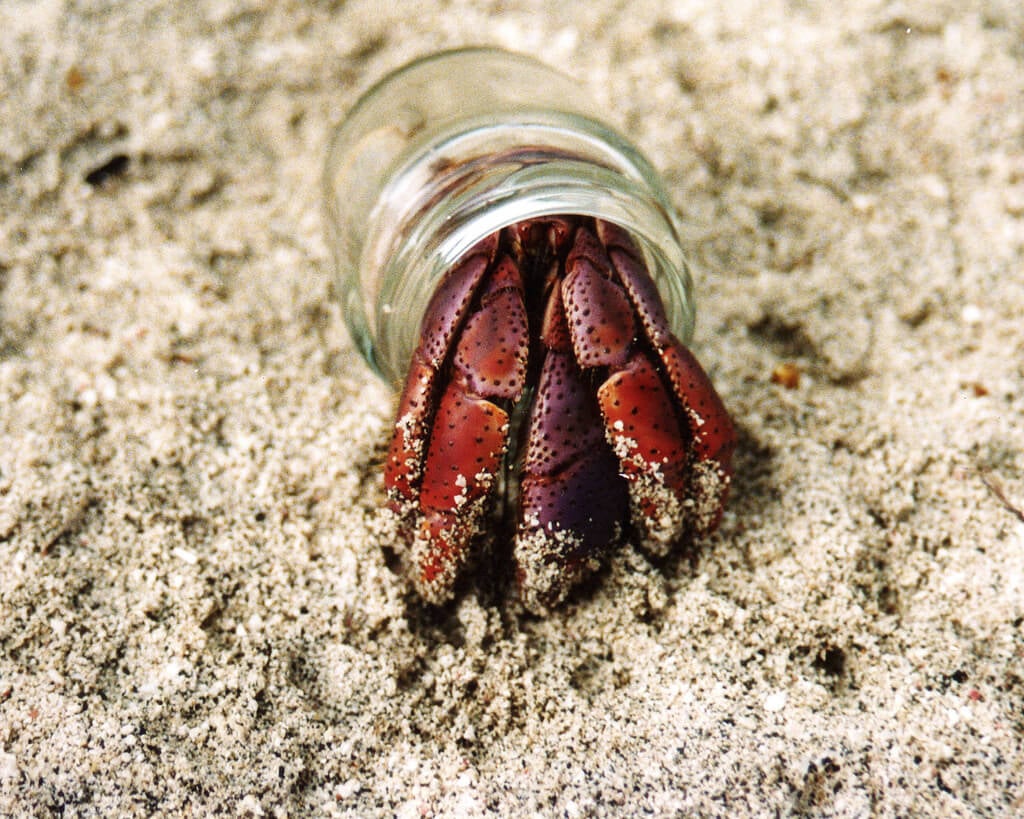 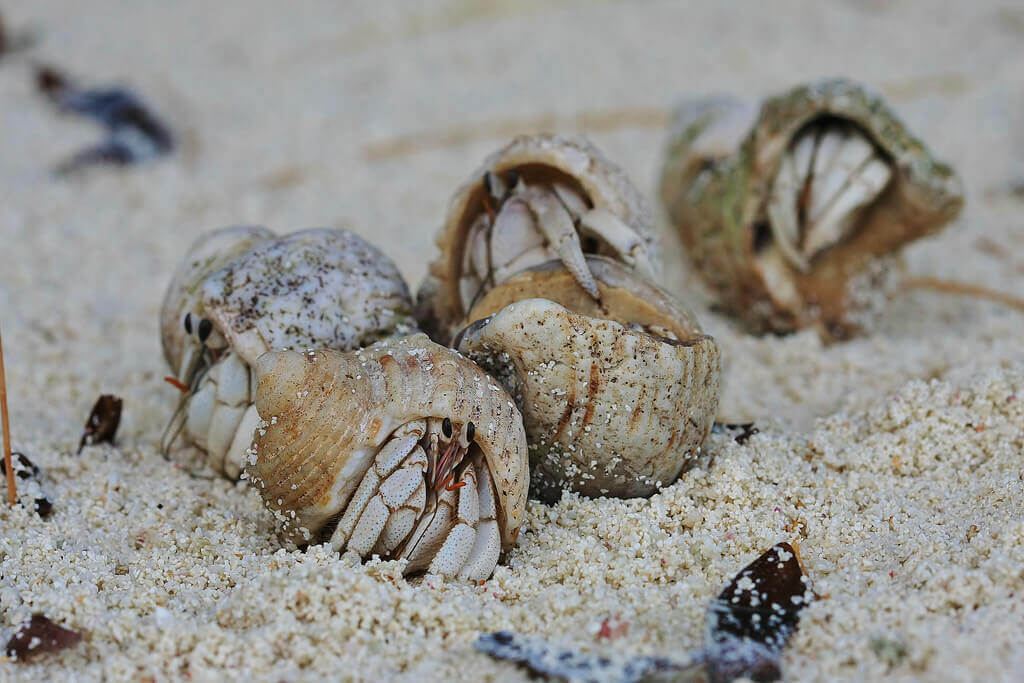 4. To their caretakers, captive hermies might seem to be acting normally, but over time, many crabs actually die slowly from suffocation because their modified gills require high humidity in order to breathe. 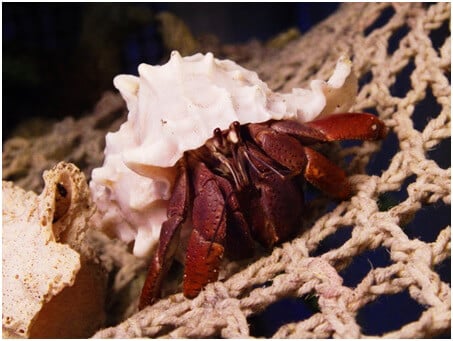 5. Hermit crabs also are often slowly poisoned by tap water and/or the toxic paint adorning their shells. Crabs don’t care if they are orange or purple, but they pay with their lives because humans do! 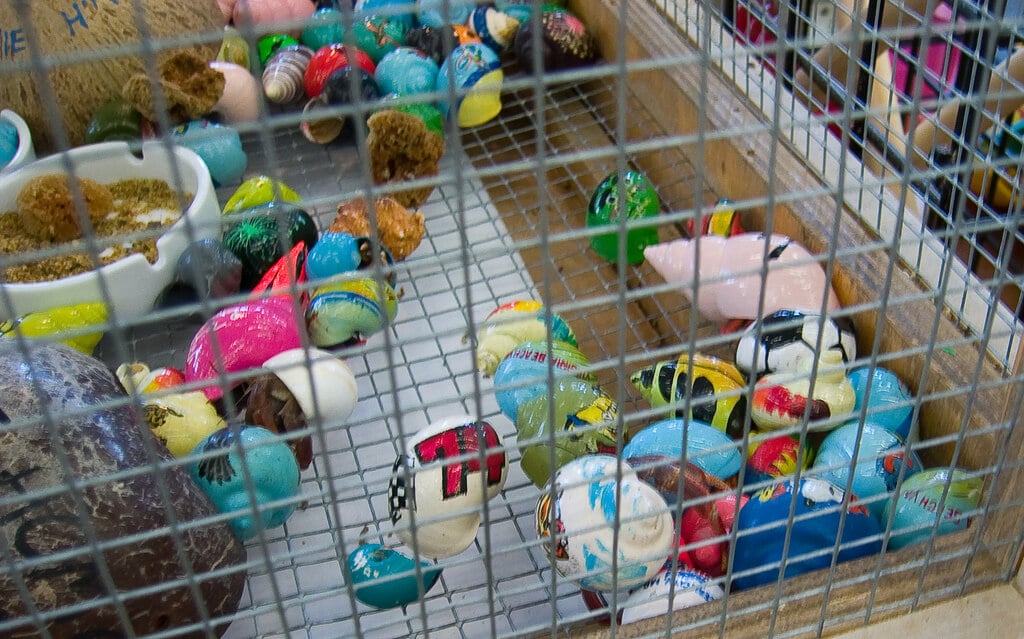 6. Crabs need space in which to molt (or shed their skin) and grow. A crab’s skin doesn’t stretch and grow like ours does, so they need very deep, damp sand to burrow under in order to molt. Without proper space in which to molt, a crab’s body will stop the molting process until his or her death. 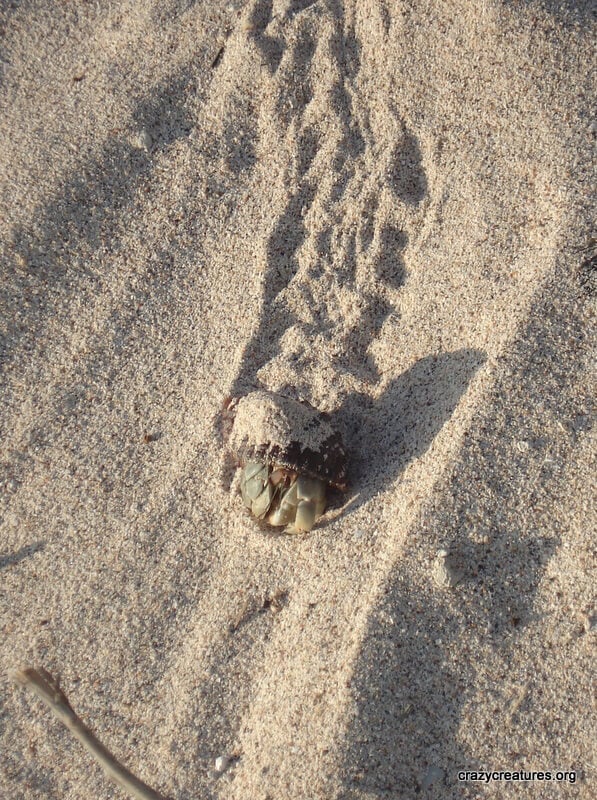 7. The hermit crab trade hurts wild crabs, too. Workers collect thousands of shells from the ocean every year in order to paint them and sell them with “pet” crabs, which deprives wild hermit crabs of homes that are in short supply and contributes to what has been called the “hermit crab housing crisis.” At any given time, 30 percent of wild crabs are inhabiting shells that are too small for them, and after their growth phase in the spring, this figure can jump to nearly 60 percent.

How can you help hermit crabs?

Never, ever buy a hermit crab. They are not “starter pets” or trinkets. Crabs are complex, sensitive animals who want to live in the wild, not in a cage. Even the most well-meaning person who purchases crabs will never be able to give them the life that they deserve.

If you or someone you know already has a hermit crab, check out this hermit crab care guide for helpful tips on keeping crabs happy. Hermit crabs need companionship, plenty of climbing room, substrate to bury themselves in for molting, humidity, warm temperatures, extra shells, fresh and salt water (dechlorinated aquarium salt only), and much, much more! Never release a captive crab back into the wild. 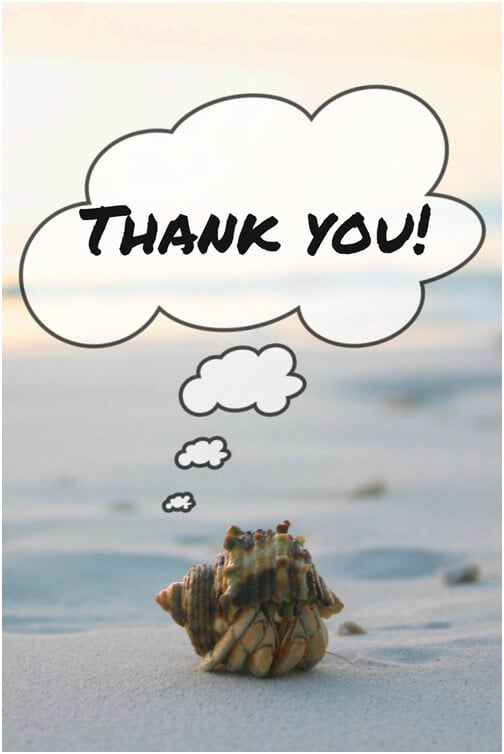