Dachshunds may suffer from excruciatingly painful disc disease or other debilitating back problems, skin problems, and other ailments that can cause a lifetime of pain—all because humans like how they look with grotesquely disproportionate legs and backs. Read on for the lowdown on why you should never buy a dachshund, dachshund mix, or any other animal: 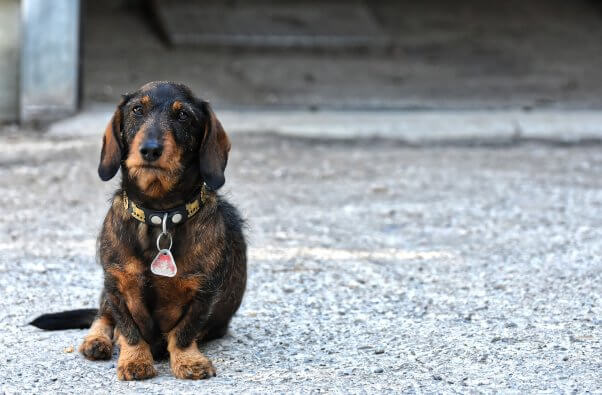 All Dachshunds Suffer From Chondrodysplasia

Chondrodysplasia (disproportionate dwarfism) is a genetic deformity that produces dachshunds’ characteristic long bodies and short legs, which humans have bred them to have. Due to this deformity, parts of their bodies are too big or too small to function properly, which significantly affects their physical health, quality of life, and mental well-being.

Why Are Joint Problems Common in Dachshunds

Because of their dwarfed, disproportionate legs, it’s common for dachshunds and dachshund mixes to develop joint issues, such as luxating patellas (kneecaps that dislocate or pop out of place). Many dogs who have a luxating patella start limping, seemingly out of nowhere; have a “skip” in their step; or primarily use three legs when walking and running. It’s common for them to suffer from chronic pain, swelling, lameness, and arthritis. Medication can be prescribed to help limit the pain, but surgery is the only cure for a luxating patella, and the operation is not always successful.

Arthritis Is Common Among Dachshunds and Dachshund Mixes

Due to their body shape, dachshunds’ unnaturally small legs must carry too much weight, which often causes them to develop hip and knee problems. These lifelong joint issues frequently lead to arthritis, which is painful and debilitating, and although symptoms can be managed with medication, acupuncture, and lifestyle changes, there is no cure.

Diabetes Is Prevalent in Dachshunds

Diabetes, a disease that occurs when the body is unable to use glucose normally, is another ailment to which dachshunds and dachshund mixes are predisposed. Dogs with diabetes require a curated diet, daily injections of insulin, and frequent monitoring by a veterinarian.

Dachshunds Are Prone to a Serious Neurological Condition

Due their disproportionately long spines, back issues are especially common in dachshunds and dachshund mixes. At least one in every four of them suffers from intervertebral disc disease (IVDD), a neurological disorder in which the discs between the vertebrae become diseased and compress the spinal cord, leading to pain, weakness, and paralysis. Dachshunds are 10 to 12 times more likely to develop IVDD than other breeds. With their heightened risk of back issues, dachshunds and dachshund mixes with elongated spines are discouraged from jumping into or out of bed or the car, onto or off of the couch, being carried, and high-speed running, due to the spinal stress these activities cause. 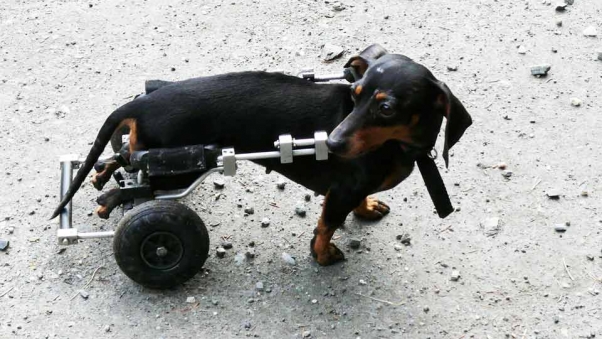 Primary acanthosis nigricans—a skin disease that causes extremely thick, dark skin to develop in sensitive body parts, such as the armpit and groin—is extremely prevalent in dachshunds. Although some topical treatments help limit discomfort, there is no cure for it, and the black patches of thick skin often cause itchiness and hairlessness and lead to increased development of yeast and other bacterial infections.

A Dachshund for Sale Kills a Homeless Dog’s Chances

Health problems aren’t the only reason never to buy a dachshund or dachshund mix. Buying any dog means that a dog in an animal shelter loses a potential family. When you adopt a homeless animal from a reputable shelter, you help reduce the companion animal overpopulation crisis and make room for another animal to have a chance at adoption.

Did You Buy a Dachshund Who Suffers From These Ailments?

Many “purebred” dogs become ill, suffer from emotional or psychological disorders, or die prematurely because of traits they were bred to have in order to meet standards set by the American Kennel Club (AKC). If you purchased a dachshund or a member of another AKC-registered breed who struggles with their health or psychological well-being or who died prematurely, we want to hear from you.

Did Your Dachshund Develop Any of These Issues?