Vote Now in PETA’s ‘Make Your Chicken a Star’ Contest!

It’s time to announce the fantastic finalists in PETA’s first-ever “Make Your Chicken a Star” Contest. Not only do all these birds have what it takes to claim the title, they also prove that chickens are unique individuals with sparkling personalities. And you can help us determine the winner. 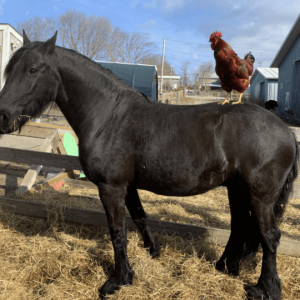 Adello lives in Bristol, Rhode Island. He loves to cuddle, play, and help protect the farm where he lives. He enjoys hanging out with the horses, dogs, and cats there—and he’s taught his guardian that it’s important to treasure each and every creature, as they all value their own lives just as much as humans do. He’s a true star! 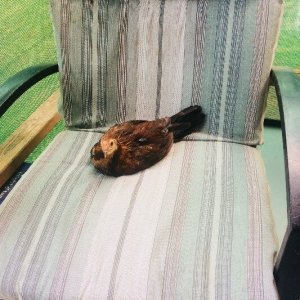 Baba was rescued as a chick after becoming trapped on top of a building. Jennifer, one of his guardians, said that her husband kept hearing peeping sounds at work—and they eventually found out that it was Baba. The couple had planned to give him to a farm, but they ended up keeping him, and now they’re best friends. He’s gentle and loving, and he likes to cuddle with his family and hang out at home. His favorite snacks are tomatoes, lettuce, and popcorn. 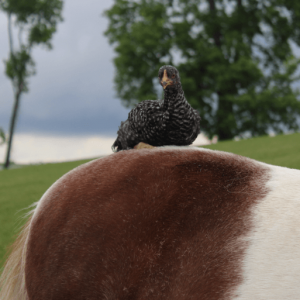 Becky lives in Wilmington, Ohio, with ponies, donkeys, ducks, dogs, and other chickens—all of whom she loves spending time with. She is easygoing and enjoys being with her guardian Sophia, sitting in her lap and eating snacks. Becky was ill as a young chick, but now she’s in good health—and because she stayed positive throughout her ordeal, she taught Sophia to keep a positive attitude no matter what! According to her guardian, she is very laid back and likes to just hang out all day. 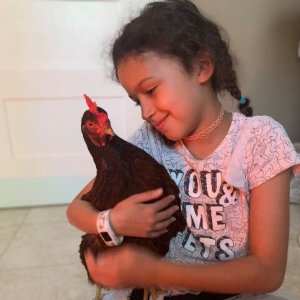 Daisy has lived with her guardian Julia since she was just a chick. She enjoys relaxing on the deck and spending time indoors, and she loves to snuggle and eat raspberries. She is adventurous and loveable and greets the family when they come home. She is the oldest of all the chickens she lives with and knows that she’s the boss. One of her favorite activities is going on adventures in the car. 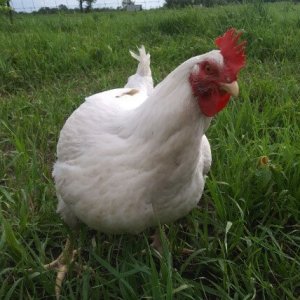 Dora, who currently lives at a sanctuary in Lawrence, Kansas, was rescued from a factory farm that went bankrupt. Her guardian says that she’s a “broiler hen” who was born to be killed and eaten. She’s known as an explorer who likes to do her own thing most of the time, but she also enjoys hanging out with the other animals at the sanctuary. Her best friends there include the other hens and a horse named Thelma Lou. Her favorite snack is watermelon. 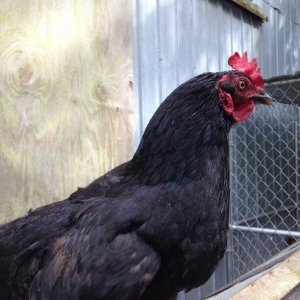 Junior lives in Flat Rock, Michigan, with her guardian Bryannah. Her favorite activities are being outdoors and sunbathing. Bryannah says that she can run very fast and that her special skill is jumping! Although she’s shy, she always makes a point of protecting her flock, and she’s taught her guardian that chickens are loving and kind. 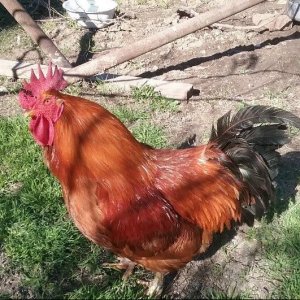 Mr. Rooster’s guardian adopted him as a chick seven years ago. Since they live in a rural area near many farms, he was destined to be killed for food. All his animal friends know that he’s the “boss,” and everyone listens to him—he’s bold and assertive but also very sweet. He likes to pick fruit from the trees in the yard, but he always lets the hens eat some of it before eating any himself. When someone pulls up in the driveway, he runs to the car with the dogs to greet the person. He loves to roll in the dirt to stay cool and sometimes jumps onto the top of the shed. 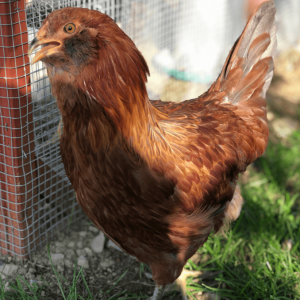 Opal is a very special chicken who even inspired her guardian, Kesa, to stop eating meat. She lives with five chicken sisters and a golden retriever, whom she loves to spend time with. She is friendly and runs to Kesa whenever she hears her say, “Hey, girls!” 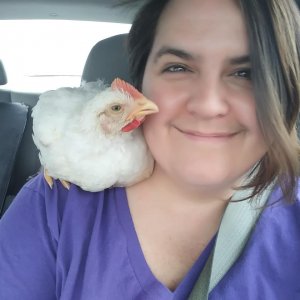 Pidge was rescued after a truck carrying chickens to slaughter crashed in Ohio. His guardian Amy, live streamed the whole thing and witnessed workers tossing dead and severely injured chickens into a dumpster, and she was able to save Pidge. The bird instantly became attached to Amy and followed her around the house, peeped when she walked into the room, and slept on her chest. He was recently transferred to a sanctuary, where he enjoys eating grapes, and he gets excited when Amy visits him. 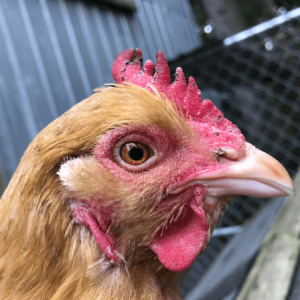 Tubby was adopted by her guardians after her previous one couldn’t care for her anymore. She’s an independent gal who enjoys taking dust baths, running around, and lying in the sunshine. She’s taught her guardians that all chickens are special and that they show love and want to be loved back.