When Kym isn’t winning the hearts of the judges and millions of viewers on Dancing With the Stars, she’s winning the hearts of animals. In a show-stopping campaign for PETA, she bares it all to raise awareness of the plight of animals used to test cosmetics and personal-care products. For her, it’s cruelty-free or nothing at all! 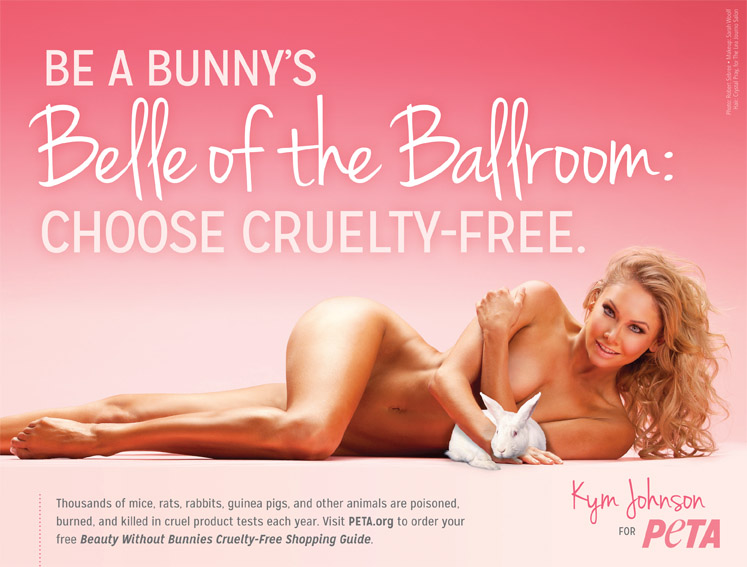 Kym was shocked to learn that around the world, rats, mice, guinea pigs, rabbits, and other animals are force-fed products or endure the pain of having chemicals applied to their sensitive eyes and skin in tests for cosmetics and personal-care products––even though the results of animal tests are unreliable and not applicable to humans. These cruel tests are not required by law in the U.S., and they’ve been banned in the European Union and Israel. More than 1,300 corporations have banned tests on animals because of their abhorrent cruelty as well as consumer outrage, but some still force substances into animals’ stomachs and drip chemicals into their eyes in painful and deadly tests.

Get an exclusive behind-the-scenes look at Kym’s ad shoot:

Pledge to Be Cruelty-Free