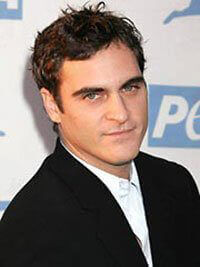 Academy Award nominee Joaquin Phoenix came to the defense of “man’s best friend” when he sent a letter on behalf of PETA and the California Animals Association to California State Assembly members asking for their support of Senate Bill 1578, which would ban the cruel practice of chaining dogs as the primary means of confining them. As Phoenix pointed out, not only does chaining cause dogs to suffer, it also presents a very real danger to people, especially children.

“Life at the end of a chain is miserable,” wrote Phoenix. “Senate Bill 1578 would give animal control officers a much-needed tool to help protect our canine companions from long-term neglect and our communities from dog attacks, a problem that has engendered increasing public concern in recent years.”

According to a study by the Centers for Disease Control and Prevention, chained dogs are nearly three times as likely to bite as dogs who are not chained. Between October 2003 and October 2005, at least 56 children in America were killed or injured by chained dogs. Many California communities are now dealing with issues involving aggressive dogs; a statewide ban on chaining is a proactive way to help reduce dog attacks, particularly incidents in which children are the victims.

Chaining is already prohibited in communities such as Little Rock, Arkansas; Fairhope, Alabama; and Big Spring, Texas. Find out how to end chaining in your community and take a stand against cruelty to animals.

UPDATE: Thanks to the support and hard work of compassionate people like Joaquin, Senate Bill 1578 passed, banning the practice of chaining as the primary means of confinement for dogs in the state of California.