January is “Unchain a Dog Month,” and PETA is encouraging people to allow their best friends inside, where they are safest and happiest. Cold weather means extra hardship for “backyard” dogs. Dogs suffer from frostbite, exposure, and dehydration when water sources freeze. Chained or penned dogs often have nowhere to go to escape the cold and snow.

All dogs need nutritious food, fresh water, and sturdy roofs over their heads. But what they really crave is love, attention, and companionship from their human families, their pack. Scratches behind the ears, games of fetch, and walks around the block mean the world to them. Curling up next to you is their idea of heaven.

If you know someone with an outside dog, offer to play with the dog and take him or her for walks. Bring treats and toys—they mean so much to a dog who has little else to do. Make sure that he or she has adequate food, water, and shelter—all of which are required by law—and report neglect to authorities. Your call could mean the difference between life and death for an animal left outside in the cold. 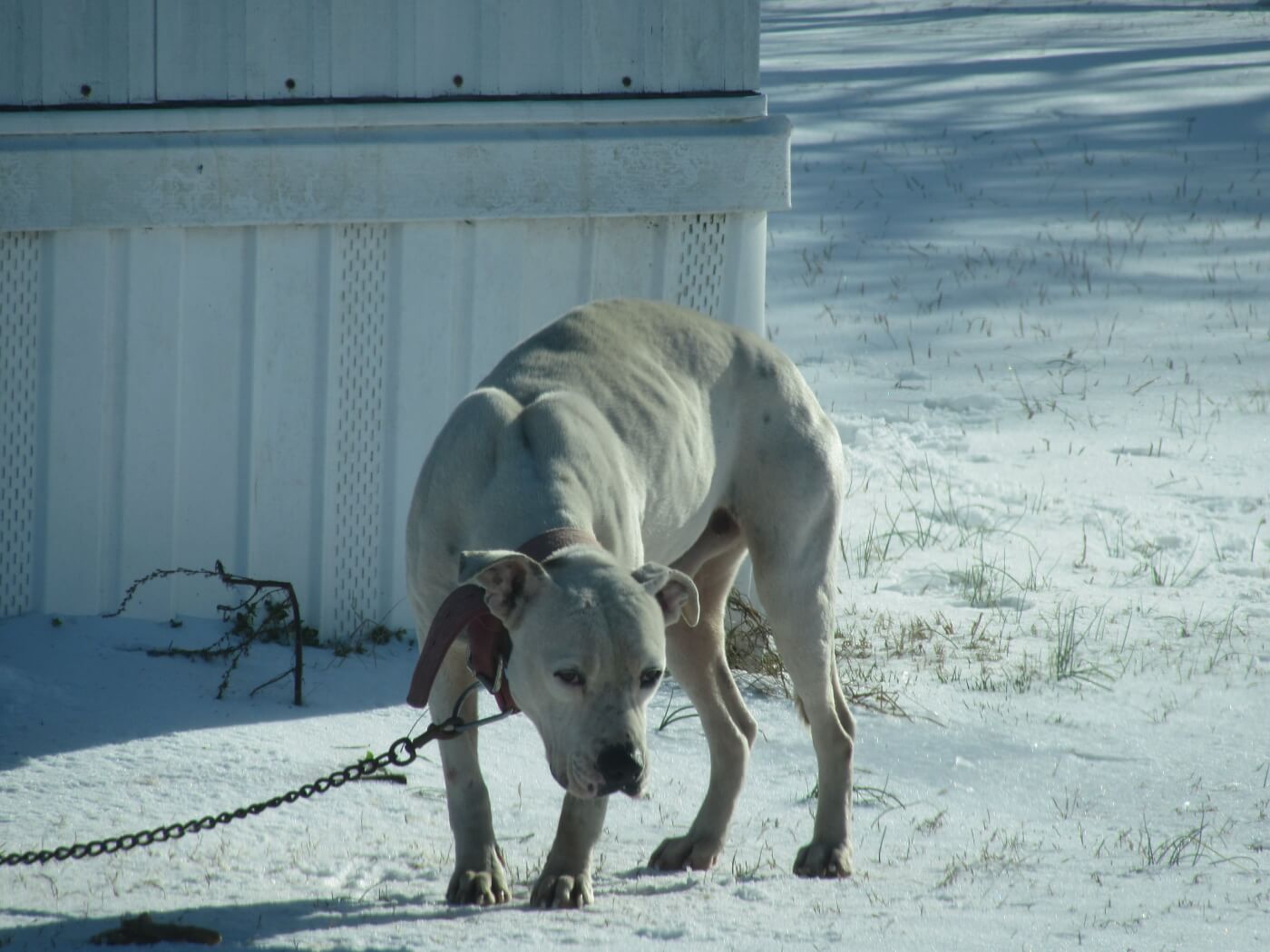