If you were a sheep used for wool, this is what would happen to you: 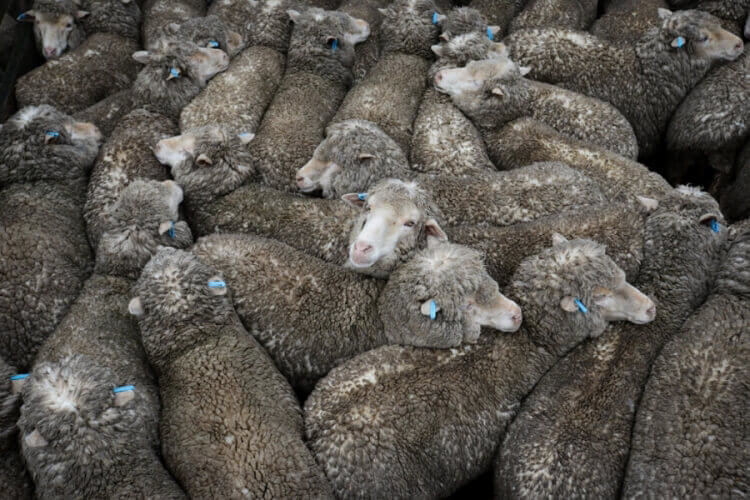 2. As a young sheep, your ears would likely be hole-punched and your tail would be chopped off. If you were a boy, you’d be castrated. 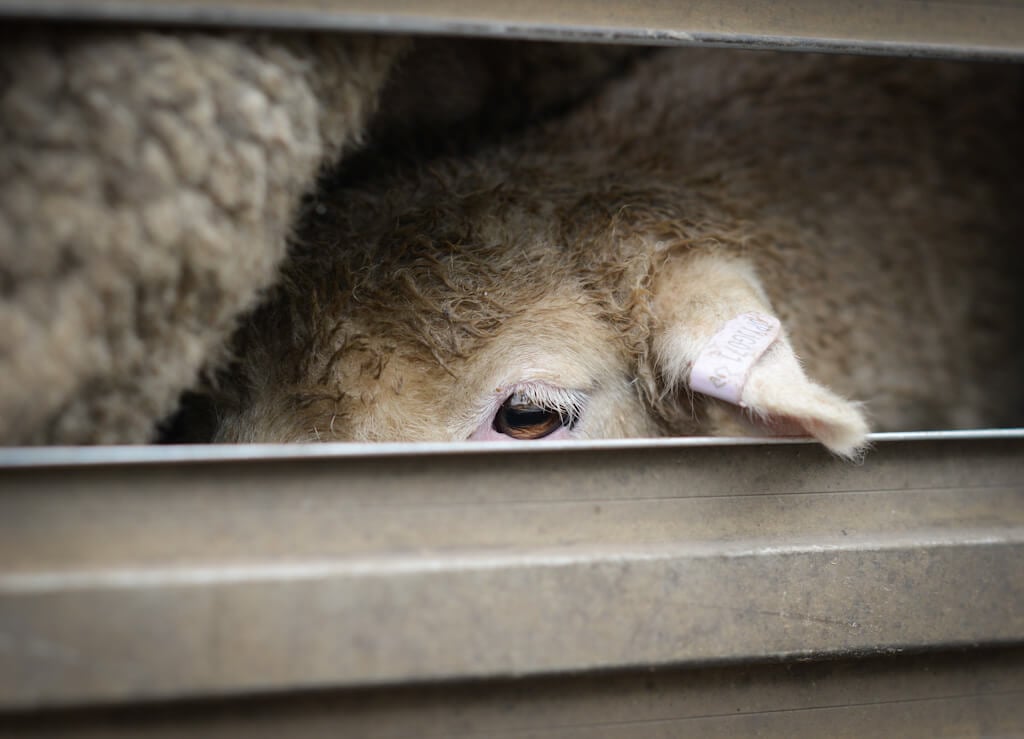 Probably without any painkillers. 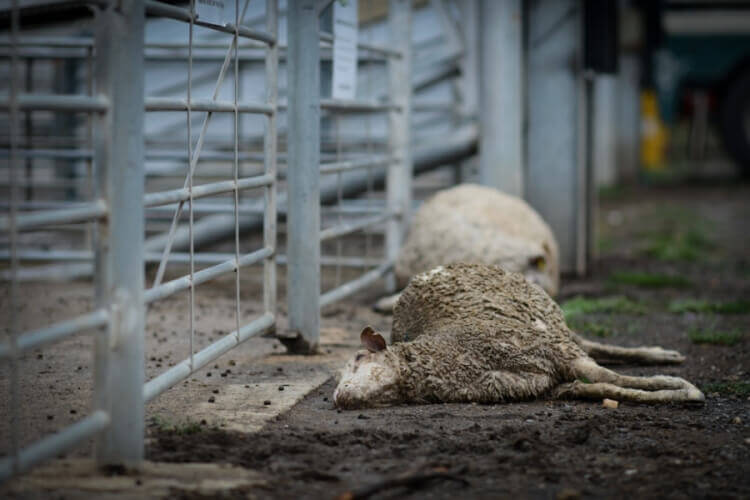 In Australia, it’s “normal” for millions of lambs to die every spring.

4. You’d probably have huge chunks of skin around your tail cut off. 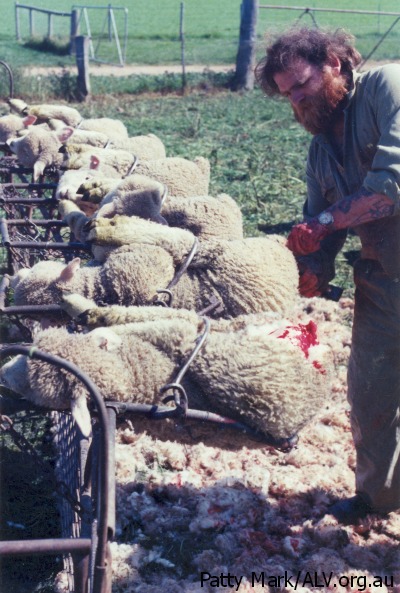 Again, probably without any painkillers.

8. If workers sheared you too early, you might die of exposure in the winter. 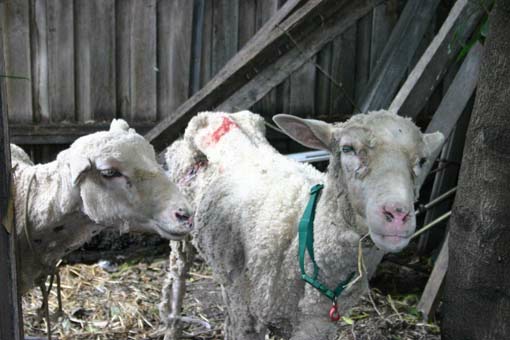 9. Or, because you were bred to be so overloaded with wool, you might die of heat exhaustion in the summer. 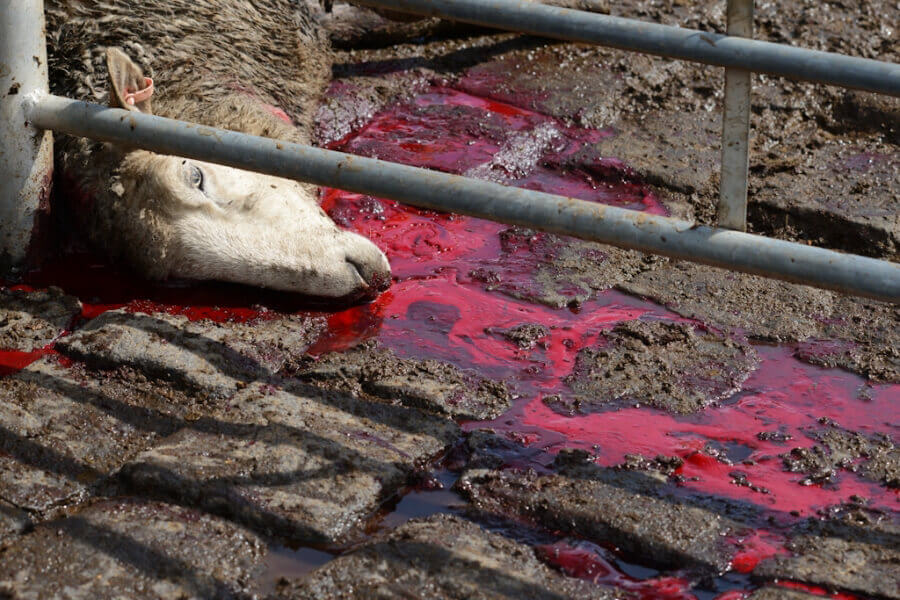 10. When your wool production declines, you’d probably be sent to auction. 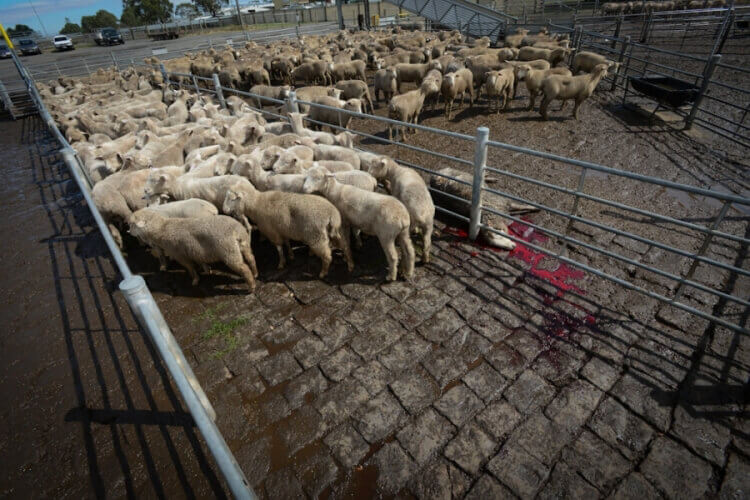 Because of the extreme crowding of animals at auctions, you might die from injuries or stress.

11. If you survived the auction, you might be sent to slaughter. 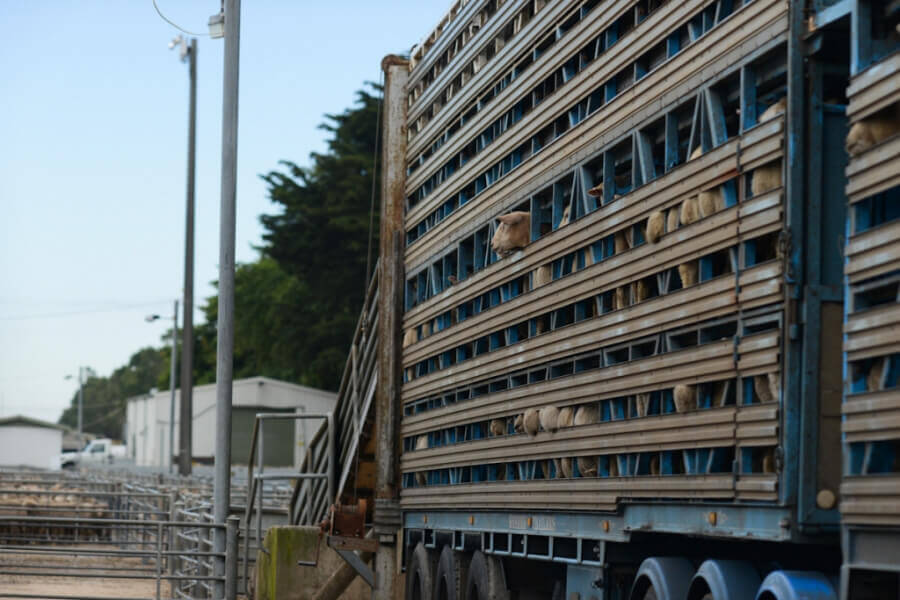 12. If you weren’t sent straight to slaughter, you might be forced to board a ship to be transported from Australia to the Middle East. 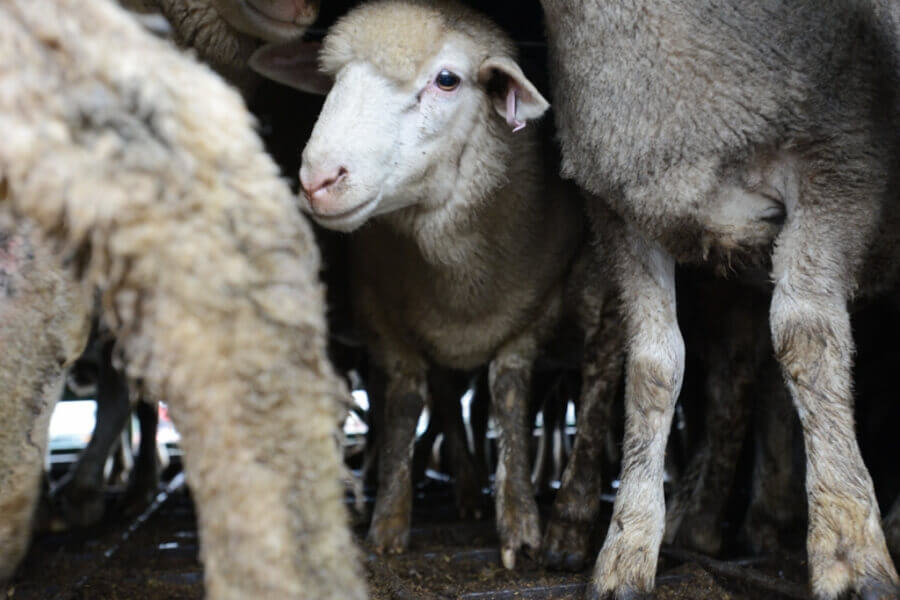 If you didn’t die, you’d travel for days—or even weeks—on the filthy, severely crowded ship.

14. Once you got there, you’d probably be killed without being stunned first.

15. If you were a sheep, you probably wouldn’t want anyone to wear wool.

Please, don’t wear wool. Sheep-friendly wool-like materials are easier than ever to find, so if the label says “wool,” leave that product on the shelf.