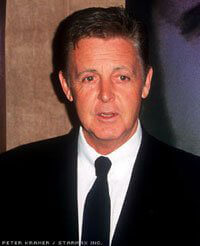 The Center for Science in the Public Interest (CSPI), a highly respected nonprofit health-advocacy organization, is one of the many voices in the scientific community that advocates a plant-based diet. Its groundbreaking book Six Arguments for a Greener Diet: How a More Plant-Based Diet Could Save Your Health and the Environment is an extensively researched and fully cited report that examines the human health, environmental, and animal welfare consequences of our dietary choices.

While CSPI is not strictly a vegetarian group or an animal-advocacy organization, it recognizes that the more that we shift to a plant-based diet and away from animal products, the more we benefit our health, the Earth, and animals.

The following are just a few of the eye-opening facts from this book:

“If anyone wants to save the planet, all they have to do is just stop eating meat. That’s the single most important thing you could do. It’s staggering when you think about it. Vegetarianism takes care of so many things in one shot: ecology, famine, cruelty.”
—Sir Paul McCartney

CSPI’s book demonstrates the urgent need to significantly reduce the amount of meat, eggs, and dairy “products” that we consume. Click here to read more about the book or to order a copy.