After dozens of entries were received and painstakingly whittled down, one winning chicken remains. Who is PETA’s 2012 Champion Chicken? He’s Toro from Seattle! 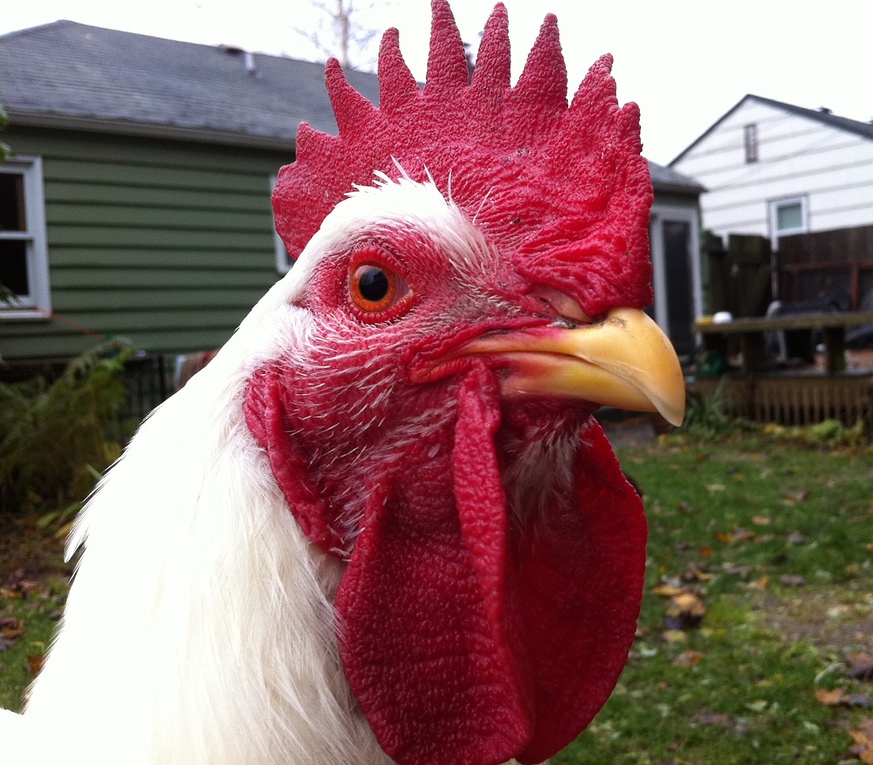 Toro was rescued from a dire situation that eventually resulted in cruelty-to-animals charges. He was taken to the Seattle Animal Shelter and eventually adopted by his guardian, Tiffany Young.

Tiffany, who has been rescuing domestic ducks, chickens, and other fowl for more than seven years now, is a vegan. She views Toro as a member of her family, saying, “He is the sweetest, happiest little guy in the world, and he loves his life.”

But not all chickens are as lucky as Toro. In the United States alone, more than 7 billion chickens are killed for their flesh each year. That means more chickens are raised and killed for food than all other land animals combined, yet not a single federal law protects chickens from abuse.

It’s estimated that more chicken wings are consumed on Super Bowl Sunday than any other day of the year. That’s why this year, we’re turning the tables and putting chickens in the spotlight by naming Toro as PETA’s Champion Chicken. Just look how far he’s come:

Too few people know that chickens are inquisitive, interesting animals who are as intelligent as mammals such as cats, dogs, and even some primates. If you’d like to help chickens, please leave their wings off your Super Bowl Sunday menu and opt for a vegan feast instead.