Fish are complex, fascinating beings who can use tools, have long-term memories, and experience pain. Some species live in large hierarchical societies, and others work to manipulate and outwit their peers. These animals have stable cultural traditions and readily share information with one another—and it’s cruel to condemn them to a solitary life on your shelf.

You may have seen miniature “aquariums” at local retail stores. Sold as novelties and decorations, these items imprison intelligent fish in tiny tanks that are little larger than the animal’s body. Teddy Tanks—toys designed to hold a fish in a teddy bear’s abdomen—are a particularly cruel version of tiny aquariums, as they mask a fish’s suffering with a happy-looking toy.


Betta fish, also called “Siamese fighting fish,” are common victims of the tiny-tank industry. They naturally live in shallow, slow-moving streams and rice paddies—therefore, it’s widely misconstrued that housing them in small containers is humane. They’re also popular living “additions” to vase arrangements, which, like Teddy Tanks, don’t provide them with nearly enough space, oxygen, or stimulation. Betta fish are regularly sold in small containers with only a few ounces of water, which restricts air flow and allows large amounts of fish waste to build up.

Betta fish and other animals sold for aquariums are often shipped from breeders to dealers in virtually no water in order to save on shipping costs. The animals are stuffed into tiny, cramped bags and containers that bear no resemblance to their natural habitats. Because of the stress of the ordeal, their water often contains a tranquilizing agent meant to reduce their agitation while they’re jostled about in bumpy, often days-long rides and hauled from one end of the country to the other. 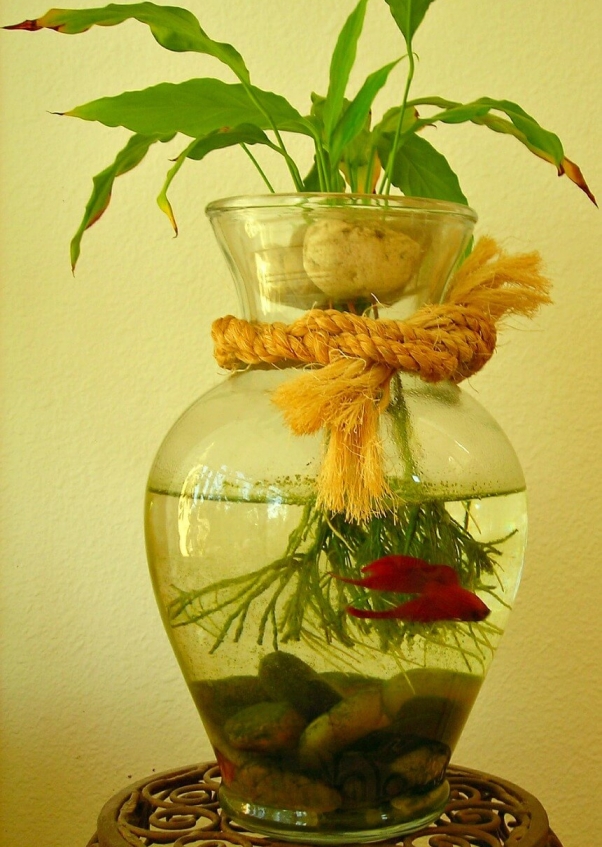 Once they reach their final destinations, more suffering may be in store for these animals. Many shoppers buy fish on an impulse, and the animals who are taken home often face imminent death because well-meaning people often simply don’t understand their needs—or they are discarded after the novelty wears thin. And fish who do survive are doomed to live in a tiny, woefully inadequate environment, often in complete isolation.

It’s no more appropriate to keep fish in such squalid conditions than it would be to lock up a dog inside a tiny closet without ventilation. But widespread misinformation about the needs of fish has confused many otherwise compassionate individuals. 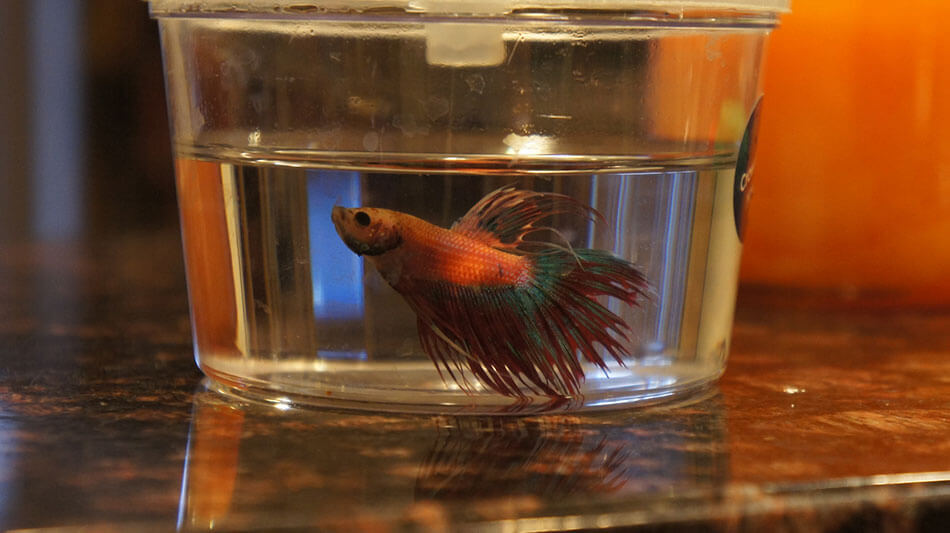 PETA receives calls from concerned customers whenever these tiny tanks pop up for sale, and thanks to such feedback, we’ve been able to work with companies across the country to remove the products. Albertsons, Target, Toys “R” Us, and Walgreens do not sell Teddy Tanks, and more companies are pledging never to sell similar products. After PETA contacted Tops Friendly Markets about a fish-in-a-vase flower arrangement, the company president quickly promised to pull the items from his stores’ shelves. And after hearing from concerned customers, 1-800-Flowers.com agreed to stop selling betta fish in a vase.

But some stores continue to reel in unsuspecting consumers and make a buck at the expense of animals. You can help by never buying fish or supporting companies that sell fish. If you see a company selling these tiny tanks, please let PETA know by e-mailing [email protected]. If you or someone you know already has aquatic animals, please ensure that the aquarium has a sizable amount of water, climate control, filtration, and ample enrichment and receives regular cleanings. Learn more about how to care for fish who are currently in tanks. And if you already have a fish who’s in need of a friend, please adopt a fish from an animal shelter, friend or family member.