A woman has sworn off eating animal parts after a “flesh-eating” bacteria left her hospitalized and covered with infected lesions. 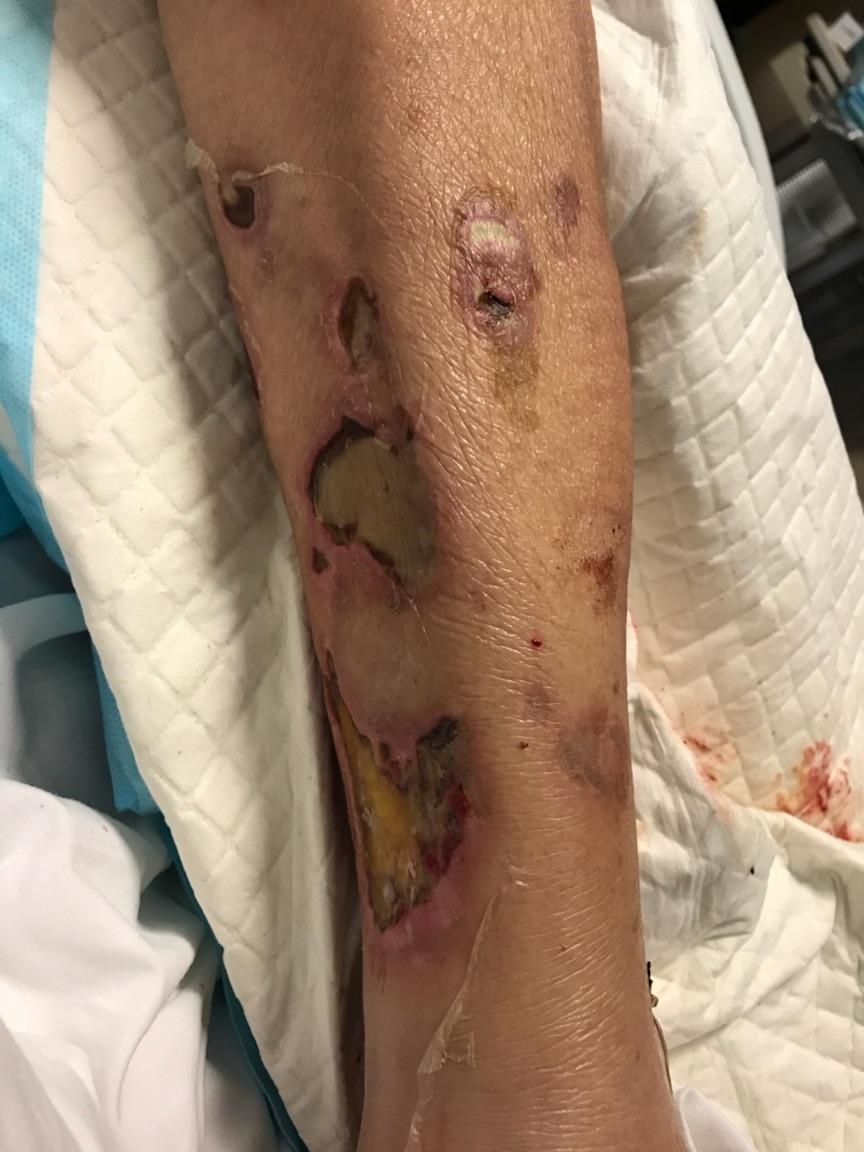 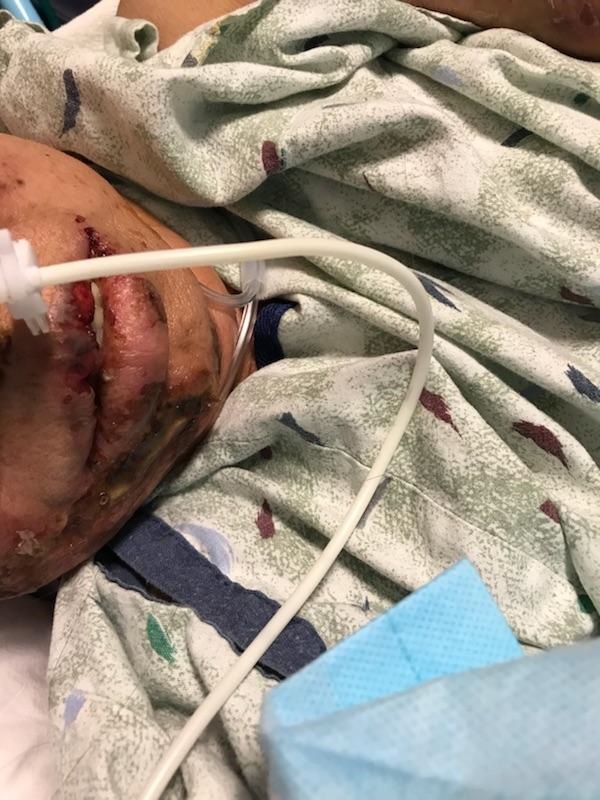 When eating the uncooked crab flesh, Trahan came into contact with Vibrio vulnificus bacteria (a so-called “flesh-eating” bacteria because of the wounds it can cause). Vibriosis—which can result from exposure to this bacteria—is an infection that causes fever, abdominal distress, skin infection, sepsis that can lead to amputations, and even death. You can get it from swimming in contaminated water, but most people become infected by eating raw or undercooked shellfish. 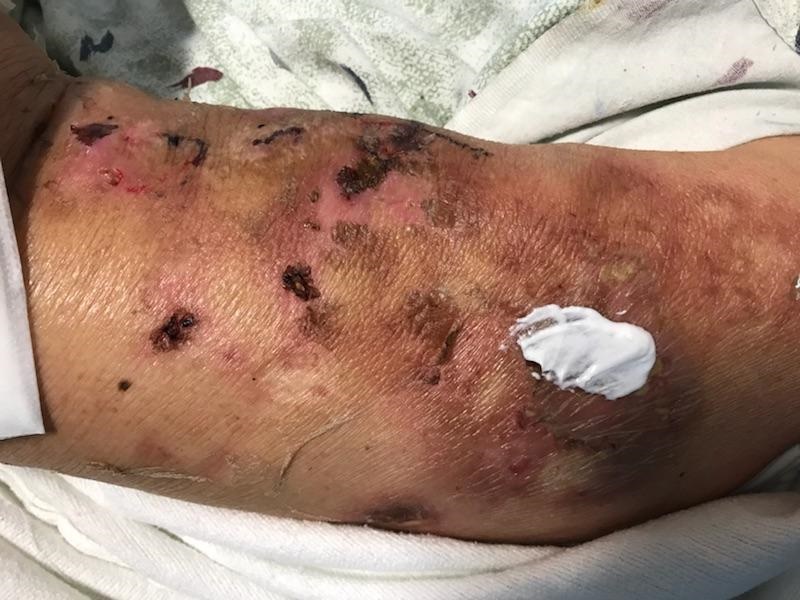 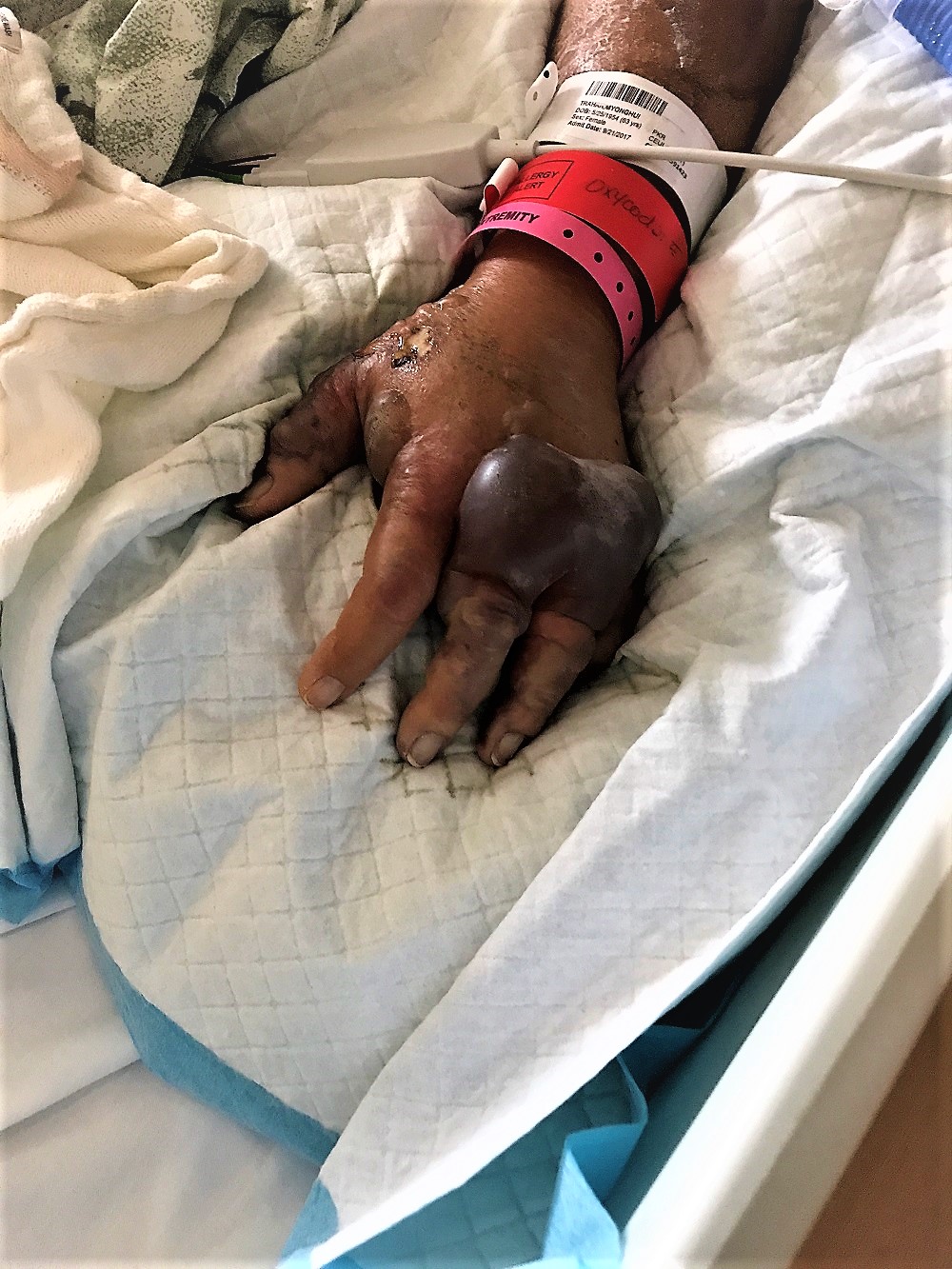 Trahan noted that her infection started with simple itchy skin, but these symptoms soon led to massive bloody blisters, lesions, and blood clots all over her body. Too weak even to speak, she is currently hospitalized, and she’ll remain in hospital for several months undergoing multiple surgeries to remove infected tissue. Even without surgery or amputation, some of her fingers and toes will likely fall off because of extensive damage.

Her terrifying near-death experience is far from over, and Trahan wants to share her story as a warning against eating animals and as a catalyst for others to go vegan.

Whether the life at stake is human or animal, no meal is worth dying over.

Crustaceans, such as crabs, are some of the most misunderstood creatures in the animal kingdom. They’re like us in many ways: Mother crabs tend to and feed their babies, they help their neighbors, and they’re capable of learning from their mistakes.

And yes, just like all animals, they feel pain and suffer when they’re torn apart limb by limb, crushed, or boiled alive.

In 2013, a PETA exposé of a lobster- and crab-processing plant in Rockland, Maine, found that workers slammed crabs against sharp metal spikes to break off their top shells, and then their exposed internal organs were violently scrubbed off with spinning brushes. The animals were then slowly lowered into a vat of boiling water while they were still alive.

Workers also tore off live lobsters’ claws and then used metal pipes to pry their heads from their bodies. Their tails and claws were saved, while the remaining parts of their bodies were thrown in the trash, still alive and able to feel pain.

Save yourself and millions of animals by going vegan today.

Since eating meat is completely unnecessary, more and more people are choosing to leave smart, sensitive animals, such as crabs and lobsters, off their plates—and the wide availability of vegan fish and seafood options make it easier than ever to make the compassionate switch to vegan eating.

Don’t know where to begin? Order yourself a free vegan starter kit from PETA: