Whole Foods shareholders were in for a surprise when they arrived for the grocery chain’s annual meeting this week. PETA members—including PETA’s pig mascot—were on hand outside to remind shareholders that Whole Foods’ “humane” pork is nothing of the sort, while inside, a PETA staffer asked the critical question “When will Whole Foods stop misleading customers and stop marketing meat as ‘humane’?” 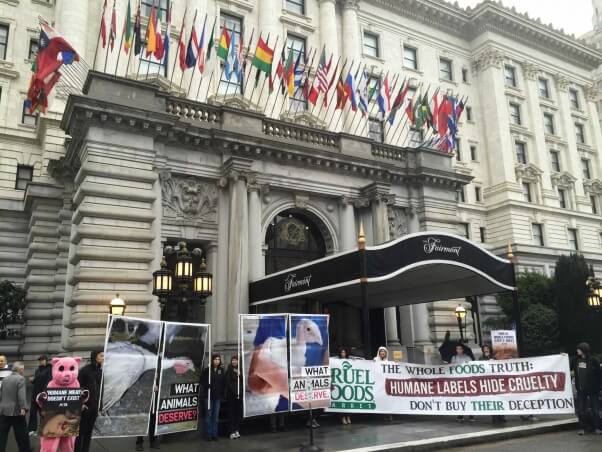 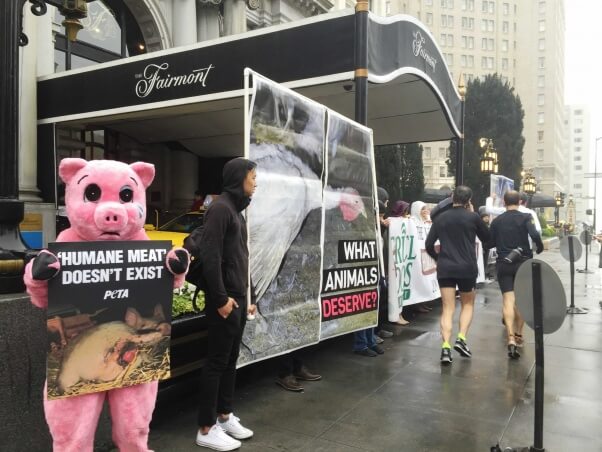 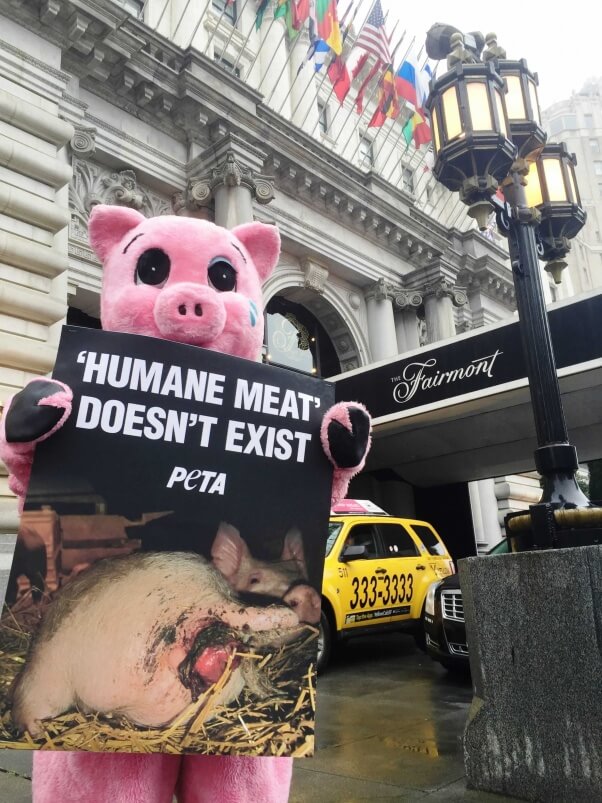 PETA exposed multiple discrepancies between Whole Foods’ “5-Step™” animal-care standards and the daily reality for pigs at Sweet Stem Farm, LLC, in Pennsylvania. Some pigs were given only 5 square feet of space on a concrete floor, and none of them had access to the farm’s lush green grass. They were left to suffer from fever, lameness, bleeding rectal prolapses, and other conditions for weeks without being examined or treated by a veterinarian, to the eyewitness’s knowledge. And despite the Whole Foods slogan “Our Meat: No Antibiotics, Ever,” many pigs who were given antibiotics were later sent to a slaughterhouse that supplies the grocery chain.

As the PETA staffer pointed out during Whole Foods’ annual meeting:

Marketing meat as “humane” perpetuates a lie and attempts to create a positive impression of certain segments of the meat industry. But in reality, well-intentioned customers are just being misled into paying higher prices for meat from animals who were raised under standards that differ little, if at all, from the rest of the industry’s cruel practices. Whole Foods should require higher standards simply because it is the right thing to do—but using them as a marketing tool is deceitful and unethical.

Whole Foods’ “humane meat” claim is a sham—and PETA is making sure that its shareholders know that the only way to eat truly humanely is to eat vegan.

As long as profit is involved, animal welfare always takes a back seat. Sign our petition urging Whole Foods to stop duping consumers with dubious “humane meat” claims, and avoid all animal-derived foods, even so-called “humane,” “organic,” and “free-range” meat, eggs, and milk.