With cruelty as blatant as that displayed at Piccadilly Circus (also known as Garden Bros. Circus), it is no surprise that the circus is the subject of a whistleblower’s report that provides the basis for a PETA complaint to the U.S. Department of Agriculture (USDA). The complaint details allegation of the circus’s habitual physical abuse of animals and systematic failure to provide veterinary care, among other apparent violations of the federal Animal Welfare Act (AWA). 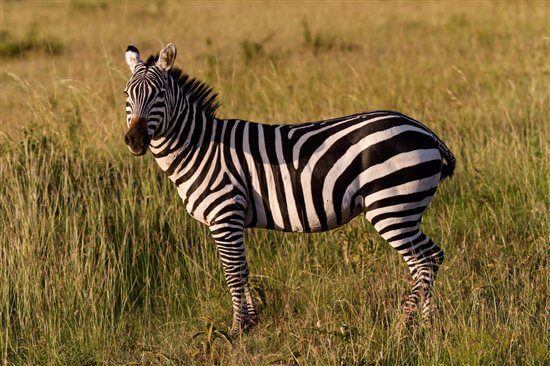 In the affidavit, the whistleblower asserts that while working during the circus’s Waterbury, Connecticut, performances, Piccadilly’s general manager, Zachary Garden, beat a zebra named Ziggy after the animal jumped out of the performance ring during an evening performance.

During the beating, Ziggy was reportedly held in place by the general supervisor, known as Bucket, while Garden “forcefully [struck] Ziggy with a tiger stick—an approximately 3′ long plastic or fiberglass stick with a blunt metal end—with such force that the zebra fell to his front knees and then fell over sideways.” Once Ziggy got up, according to the whistleblower, Garden struck him “with great force at least two more times,” and the zebra “vocalized loudly and in a strained manner” at the start of the beating and then turned silent. After this beating, Ziggy returned to his cage.

Animals would be physically punished whenever their performances were “slightly off,” and Garden would “strike animals using the handle of a 10′-12′ lunge whip when they did not perform their act perfectly,” according to the whistleblower. The whistleblower further alleges that Garden struck a camel named Thor—who is approximately 1 or 2 years old—in the right eye with the whip handle because the camel was standing a short distance away from where he was expected to stand, causing the eye to bleed. Furthermore, according to the statement, when a camel named Reece fails to sit in training sessions for the end of performances, Garden uses the whip handle “to beat him on the legs until he oblige[s] or force[s] him down so hard that he … get[s] cuts on his knees.”

The whistleblower also alleged that:

Please never attend a performance by Piccadilly or any other circus that uses animals.