Following an undercover investigation which revealed unbelievable cruelty to animals at the Weizmann Institute in Israel, PETA members gathered outside the American Committee for the Weizmann Institute of Science yesterday to express their outrage at experiments in which live cats and monkeys have holes drilled into their skulls and are confined in restraint chairs for up to 8 hours at a time. You can see pictures from the demonstration below, as well as footage of the investigation, which was conducted by the Israeli group Let the Animals Live.

The Weizmann Institute is funded in part by generous donations from people who probably have no idea of the torture that they’re paying for. You can be sure that we’ll be doing everything in our power to make sure these donors know exactly where their money is going. 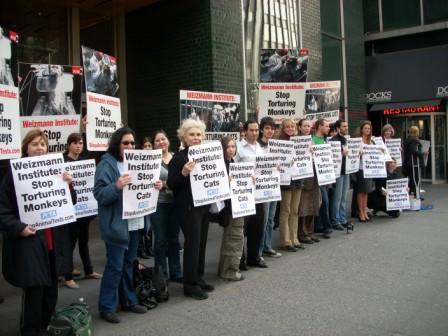 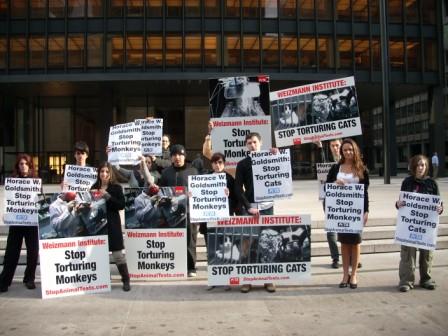