Participants of “Bike to Work” Day in Washington, D.C., received a cheerful greeting and a free snack of vegan jerky, courtesy of PETA’s costumed “carrot” and “celery,” who held signs proclaiming, “Shift Into a Healthy Gear: Go Vegan!” 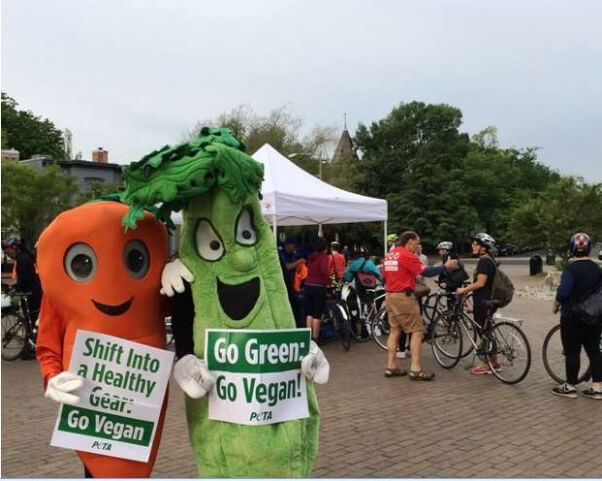 “We hope PETA’s free vegan jerky will remind cyclists that the easiest and tastiest way to ‘go green’ is to go vegan,” says PETA Associate Director of Campaigns Lindsay Rajt. “Whether you’re looking to get fit or lower your carbon footprint, vegan meals can help get you into gear.” 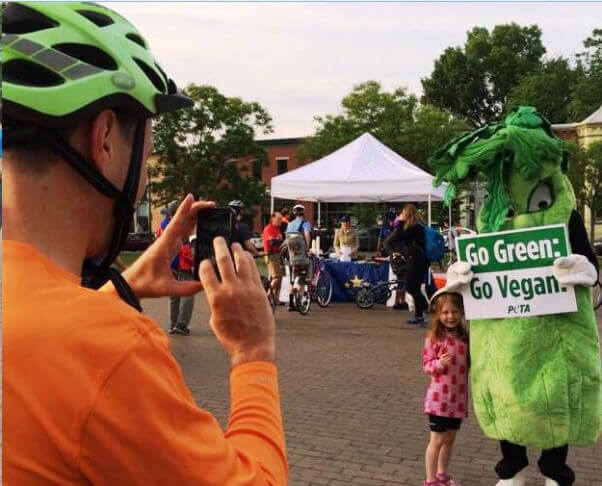 The consumption of meat and other animal-derived products has been conclusively linked to heart disease, strokes, diabetes, cancer, and obesity. The meat industry is also responsible for the daily suffering and terrifying deaths of billions of animals and, according to Worldwatch Institute, a staggering 51 percent or more of global greenhouse-gas emissions. That’s why PETA encourages people who are concerned about their health, the environment, or animals to go vegan.