Wake Forest University experimenters have a long, blemished history of animal torment stretching from their U.S. laboratories to China—and PETA found out that it just got a little longer.

PETA recently obtained disturbing photos corresponding to a November 2021 U.S. Department of Agriculture (USDA) inspection report of a monkey at Wake Forest who was locked in a restraint chair. The photos show her neck clamped by metal rods and two supports under her arms, but the chair beneath her is too low for her to sit on, so experimenters left her dangling by her neck and underarms. 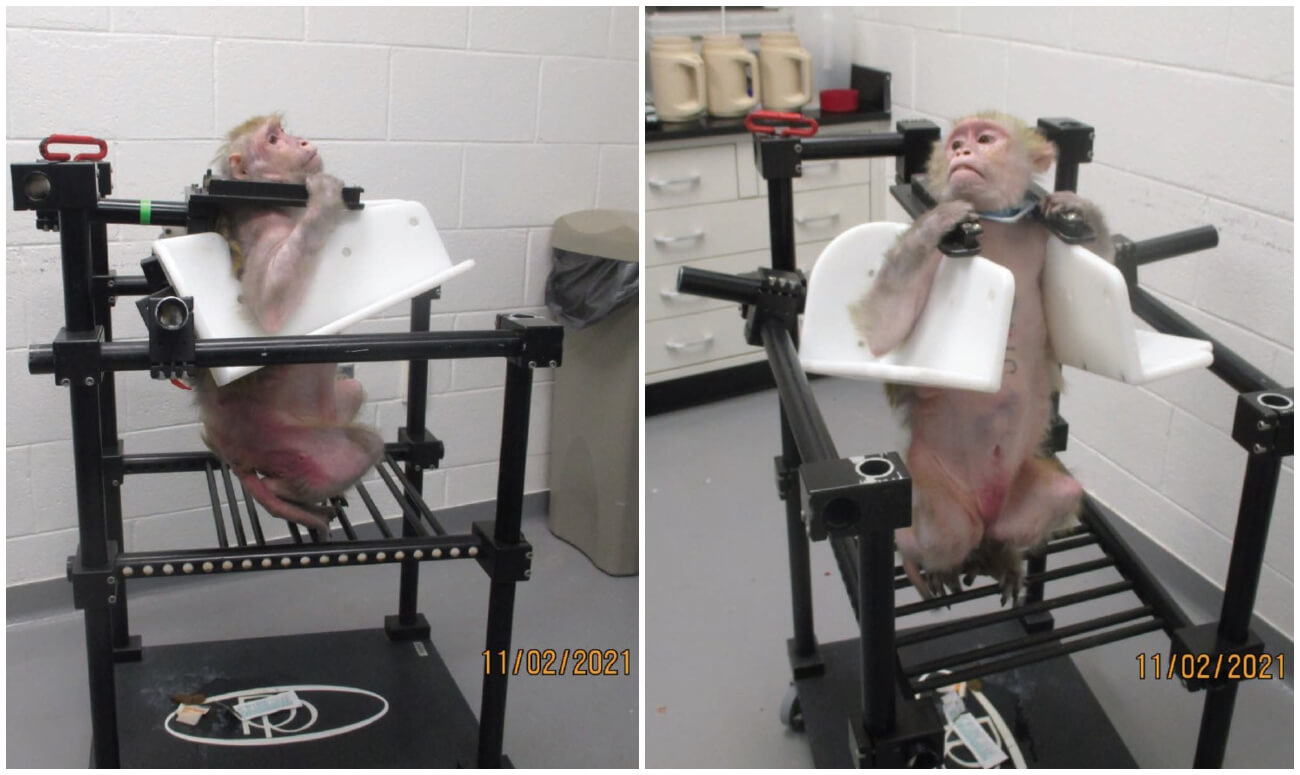 The experiment was scheduled to last 90 minutes—meaning Wake Forest experimenters intended to let this monkey dangle by her neck and underarms for an hour and a half. The experimental protocol—and common decency—stipulates that the monkey should have been able to sit in the chair before being subjected to whatever quackery was to ensue, so inspectors cited Wake Forest for the cruelty.

During that same visit, inspectors found the food bowls of two pigs coated in a crusty brown grime as well as a bungled description of an eye surgery performed on a pig that failed to describe possible surgical risks. 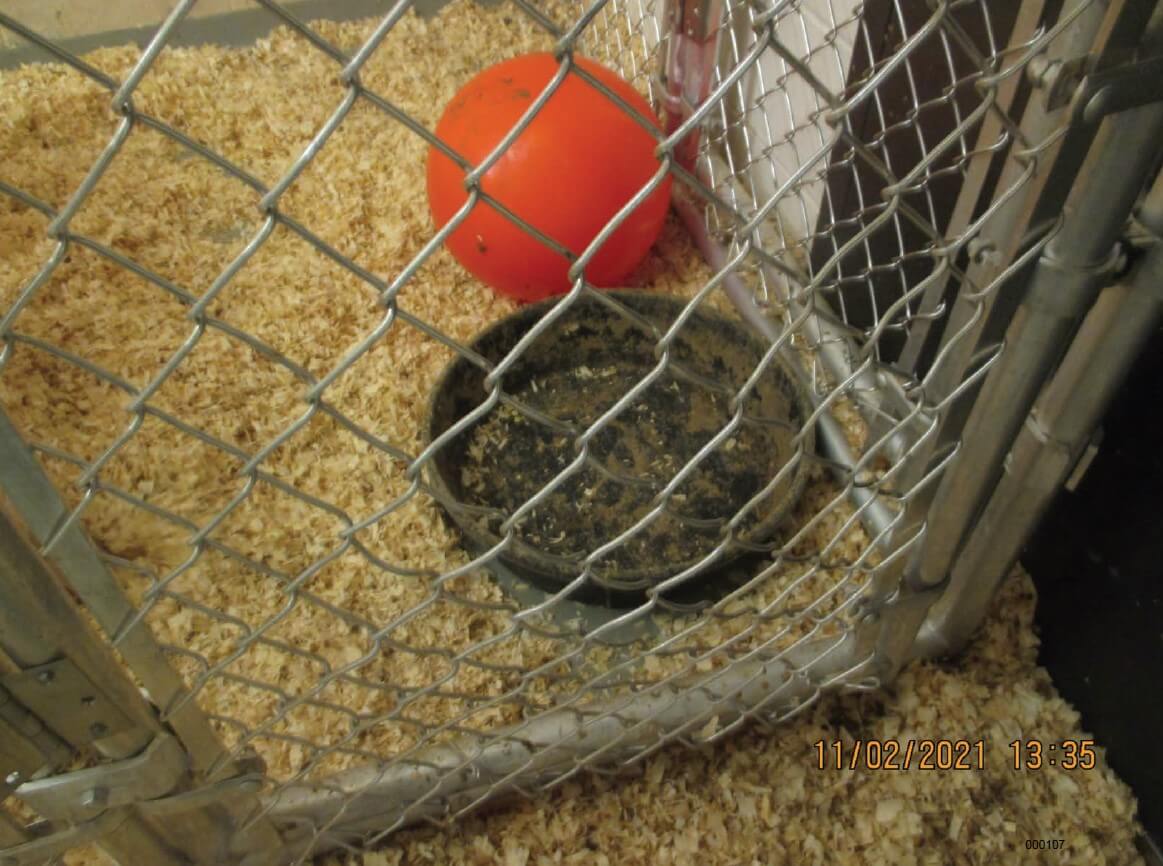 A Shameful History of Animal Suffering at Wake Forest

Wake Forest experimenters have long run afoul of the law. In 2014, inspectors found a monkey strangled in his cage after he became entangled in an “enrichment” device. Since then, inspectors found that an untrained experimenter had carved into cats’ skulls and implanted hardware into their brains without cleaning the implants as required.

Another experimenter stitched up a pig’s abdomen but left a towel inside the animal’s body—leading to complications and death. A laboratory worker failed to handle a rabbit carefully, and the animal died of asphyxiation.

The callousness and ineptitude with which Wake Forest experimenters treat animals have forced the USDA to cite them repeatedly (including for the following) for failing to provide animals with the bare minimum protections afforded them in laboratories under the federal Animal Welfare Act:

In 2021, Wake Forest raked in more than $123 million in federal taxpayer money, but it’s either incapable or unwilling to bring itself into compliance with minimum animal welfare regulations and guidelines. The school’s callousness and incompetence cause almost unimaginable pain to animals. It’s time that Wake Forest got out of the animal torture business and into the business of improving human health by adopting non-animal, human-relevant research methods.

You can join thousands of PETA supporters who have already called on Congress to stop throwing away taxpayer money on cruel, useless animal experiments and instead focus on modern, non-animal research methods.

And please take another action for animal imprisoned in laboratories. Urge the National Institutes of Health to stop funding the Washington National Primate Research Center and its Arizona breeding facility, where monkeys have suffered with numerous diseases, including tuberculosis and cholera.