The Virginia General Assembly has another opportunity to do right by dogs. Senate Bill 1025, introduced by Sen. Lionell Spruill, would prohibit tethering dogs outdoors during extreme weather and require longer, lighter tethers for dogs who are kept tied up.

It has already passed the Senate, and given the frigid weather that’s paralyzed much of the country, its approval by the House Rules Committee, the next step in the process, should be a done deal. But similar legislation has died there before, apparently because some members don’t see anything inhumane about keeping a dog tethered 24/7. 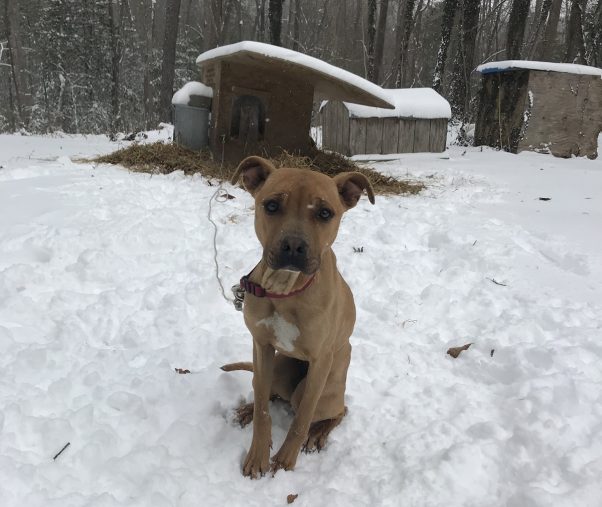 We hope they take a closer look because, while we’re all bundling up and keeping warm indoors, dogs are shivering and dying in the biting wind, tied to a tree or a ramshackle, makeshift “shelter,” if one has even been provided. Out of sight, out of mind, they struggle on heavy chains that often get tangled and twisted, preventing them from reaching any food or water. Even if they could get to their buckets, chances are the water’s frozen solid anyway.

In the summer, chained dogs suffer in the sweltering heat and humidity and, if they can’t reach water or shade, are at risk of dehydration and heatstroke.

Regardless of the season, chained dogs risk strangling or hanging themselves. They’re also vulnerable to other animals and cruel people—many chained dogs have been stolen, shot, stabbed, poisoned, and set on fire by passersby or neighbors who were annoyed by their barking.

Members of the House Rules Committee need to know that life at the end of a chain or in a pen is no life at all and that dogs want and deserve to live indoors with the rest of the family. If your representative is on this list, please click the button below to let him or her know how you feel about this.