If you’re still eating bacon, you’ve got to watch this video:

TURN ON THE SOUND to hear him scream.

Watch this pig struggle to walk inside of the slaughterhouse where he will inevitably be killed for food.

One week ago, we shared the footage—originally posted by animal rights activist Claire Buchanan—on Facebook, Instagram, and Twitter. Since then, more than 8 million people have heard this pig’s screams and watched him struggle to walk inside the slaughterhouse where he’ll inevitably be killed for food. The video reminds many that bacon—and all meat—comes from individuals who were once alive. Thousands of people (if not more) took to the comments sections to swear off bacon and eating animals for good.

Here are a few of our favorites from Twitter: 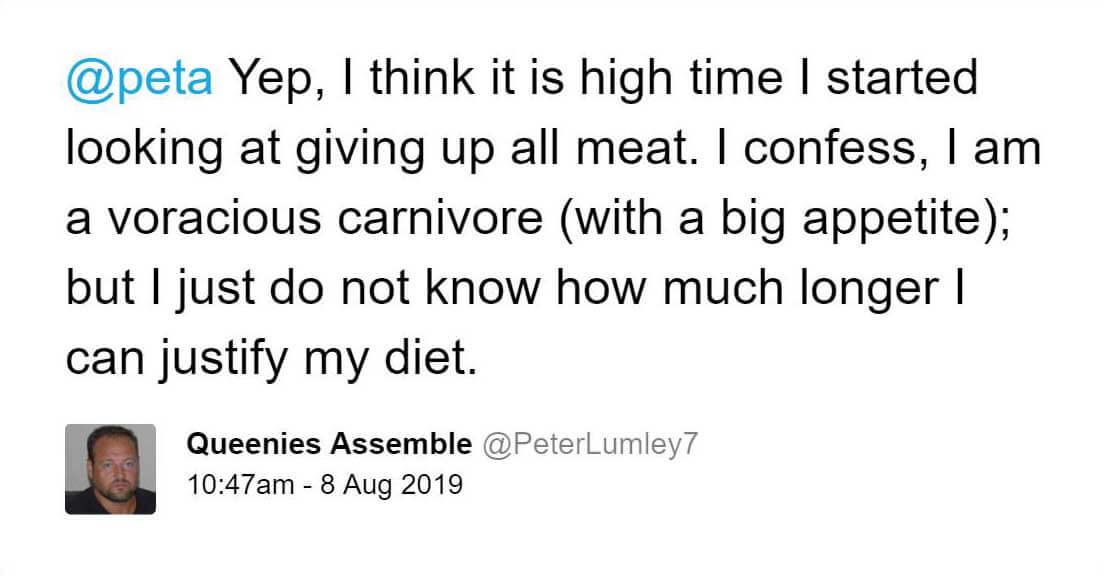 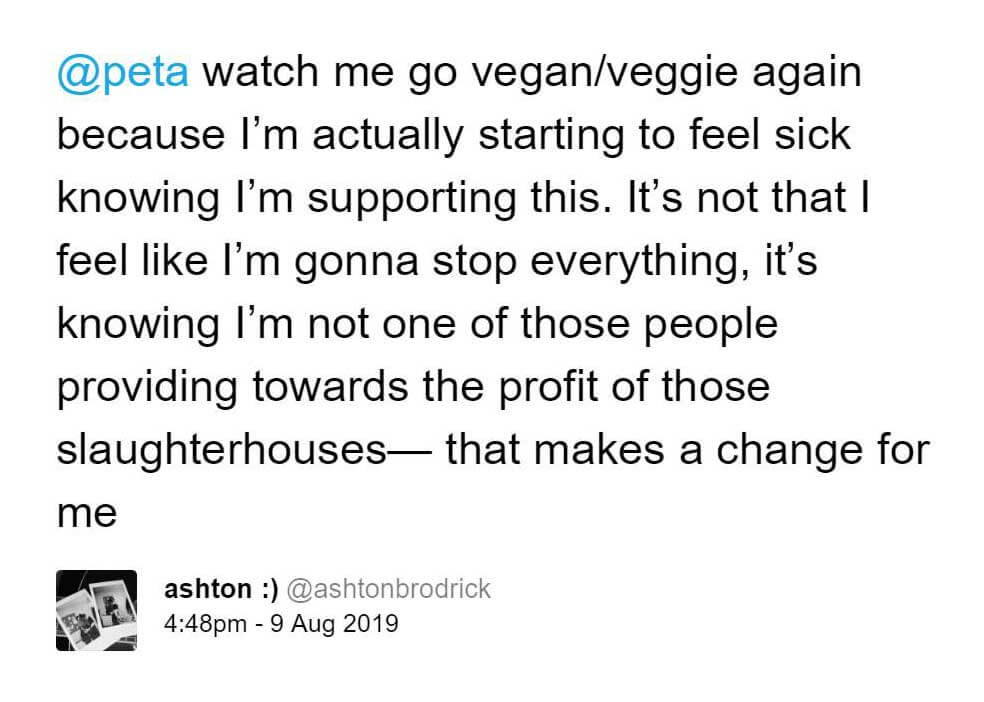 and curious about vegan meats, check out our guide to animal-friendly meat options.

And here are a few of our favorites from Instagram:

“this is why I don’t eat anything from a pig,” said @serenity.thaden.

“Thank you PETA for sharing this reality, everyone needs to see this and stop contributing to this violence,” commented @vegankatexoxo.

“I’m thinking about going vegan, do you guys have any tips for me to start my journey to a better life?” @ross._taylor asked.

(We do, Ross! Order a free vegan starter kit to get recipes and tips for going vegan.)

“this has literally made me wanna go vegan,” @egi.kryeziu responded.

Because of all the processing that bacon, hot dogs, and other animal-derived foods go through, it can be easy to forget that what you’re eating once had eyes, a heart, and feelings, just as we do. But seeing the pain this animal is in—the fear in his eyes—puts things into perspective.

Imagine how you’d feel if you were this pig—wouldn’t you be terrified? Wouldn’t you want to be left in peace?

We post footage like this so that people know what happens to animals used for food. Just this one video persuaded countless folks to make the compassionate decision to stop contributing to the cruelty that is the animal-agriculture industry. If you’re as upset as the social media commenters above are, that means you care.

Animals deserve respect and consideration—always. So do something about it.

It might be too late for the pig in this video, but we can still help create positive change for him and the billions of other animals killed every year for human consumption. Humans don’t need meat, but animals need to be respected and protected.

Don’t just think about saving animals. Do it!