Even though animals don’t speak English, it’s clear that they don’t want to be held captive to entertain gawking crowds and noisy children.

A lion reportedly held at a zoo in Chiba, Japan, made that crystal clear when he attempted to pounce, and possibly attack, a toddler who was pressing against a glass wall of the enclosure where the animal is held. The video, shared online just days ago, appears to show that when the child turned his back, the lion charged forward, slamming his large paws against the glass.

After the incident, the lion stalked off as those filming—possibly the family of the boy—can be heard laughing. Their laughter echoes the dangerous notion that zoos teach—that animals are solely here for human entertainment. 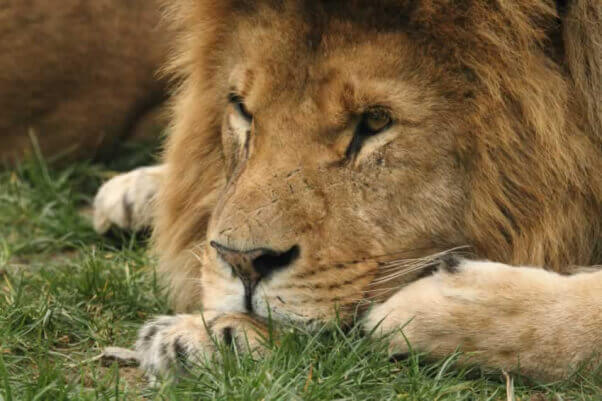 Zoos are no place for lions, who are social animals who live in prides in the wild. In their natural homes, lions spend their time resting, raising their young, hunting, and scavenging. This incident is a stark reminder that this animal has to live behind a plexiglass wall, deprived of even the most basic opportunities to behave like the predator he is.

Even when no one is injured, animals’ actions speak loud and clear. Just months ago, a video showed that an aggravated lion pawed repeatedly at a glass enclosure after a little girl appeared to kiss the enclosure from the other side.

It isn’t just lions. From gorillas to belugas, animals really, really don’t want to be imprisoned in zoos and are communicating this to their captors and the public all the time.

As long as people continue to buy tickets to zoos, animals imprisoned in them will continue to suffer. Talk to family, friends, and coworkers—especially those with small children who may be inclined to go—and explain that every ticket purchased contributes directly to animals’ misery.