PETA Compassionate Action Awards along with a batch of tasty vegan cookies are on their way from PETA to Ralph Armstrong and Keith Taylor of the Enfield EMS after the two men worked together on August 12 to free a squirrel whose head was stuck in a plastic yogurt cup.

The compassionate first responders likely saved the squirrel from starvation or being struck by a vehicle as she struggled to free herself. It’s the second such incident PETA has seen in less than a week. First responders from Peel Regional Paramedic Services in Mississauga, Ontario, also received a Compassionate Action Award after they came to the aid of a skunk whose head had become lodged inside a cup. 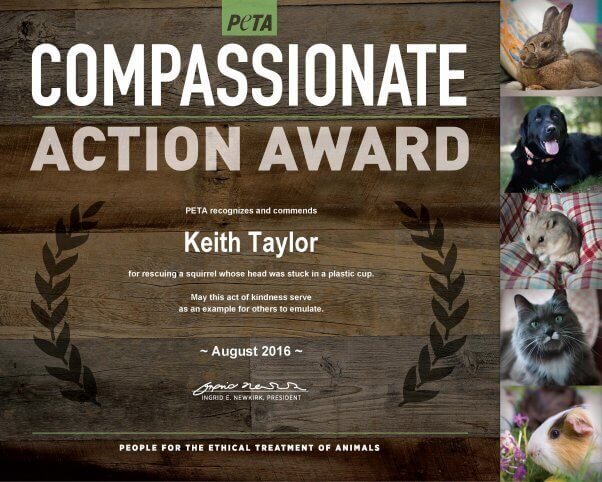 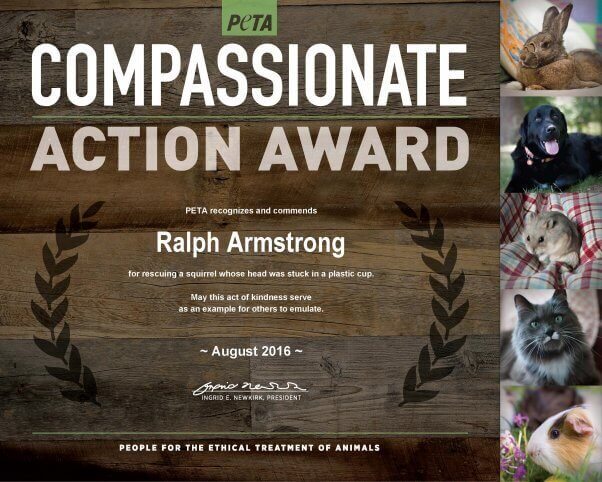 Fortunately, incidents such as this one are easy to prevent. PETA offers tips for keeping animals who are drawn to food remains from getting stuck in the containers, including the following: