So long, rat torture! After a year-long PETA campaign and complaints from students and our supporters, a neuroscience class at the University of Texas–Dallas dropped a deadly classroom experiment on rats from its curriculum.

Previously, students in the class had to drill holes into rats’ skulls, cause brain damage with toxic chemicals, force the rats to perform in behavioral experiments, and then kill them and cut out their brains. This was continuing even though an interactive computer simulation of the experiment is available free on the Internet and is in use at other universities. 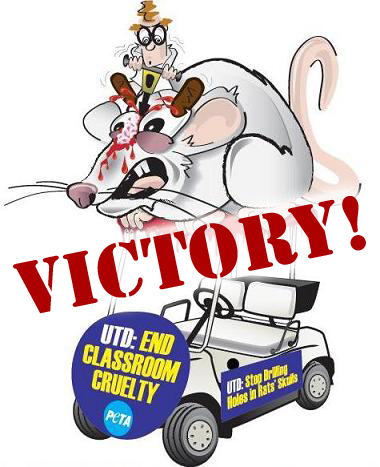 It’s unclear whether the class will drop the lab altogether or use the computer program, but it doesn’t take a brain surgeon to know that this is good news for rats either way.