Left out in the cold with no food, water, or shelter, Noel likely wouldn’t have survived more than another two or three days. But thanks to PETA, the Virginia Beach SPCA, and a local judge, all her days now feel like Christmas.

A compassionate neighbor called us last December when she spotted bone-thin Noel, who had been left outside to suffer in the frigid winter weather. We raced to the residence and found the young dog under a thorn bush, tethered, tangled, and shivering violently. Not only had Noel’s owner failed to take her inside or even provide her with a doghouse, it appeared that she had also been denying the dog food and water. The few pieces of stale kibble that had been tossed her way were scattered across the ground beyond her reach. 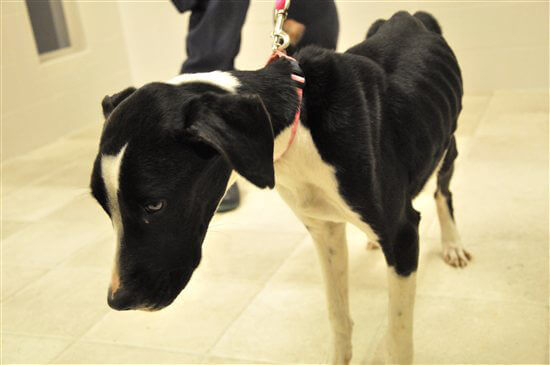 When a vet examined Noel, he confirmed that she had been starved and, at 25 pounds, was barely over half her healthy weight of 40 pounds. Our friends at the wonderful open-admission Virginia Beach SPCA found an experienced foster guardian who could nurse Noel back to health, and she thrived in her new home, quickly gaining 17 pounds and starting to trust people again. Shortly after Christmas, Noel’s new adoptive guardians described her as the “sweetest, sloppiest kiss-giving, bedtime snuggler.” 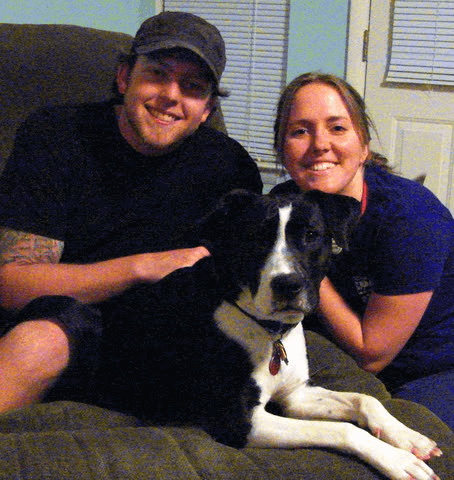 This week, a judge heard our case against Noel’s former owner and sentenced the woman to 40 hours of community service and one year of supervised probation, but most importantly, she has been banned for life from ever owning animals again.

You don’t have to have the magic of Santa Claus to help a chained dog. PETA offers a list of lifesaving actions that anyone can take.