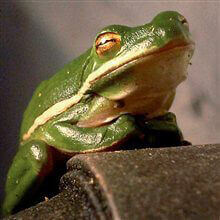 Update: Following collaborations with PETA India and supportive Member of Parliament Maneka Gandhi, the University Grants Commission (UGC) has now banned dissection and experimentation in university and college zoology and life sciences courses at the undergraduate and postgraduate levels, an improvement to the partial ban it issued in 2011. The UGC’s panel of experts agreed with the findings presented by PETA that showed that in nearly every published study, modern non-animal methods, including interactive computer simulations, teach anatomy and complex biological processes as well as—and often better than—cruel, archaic animal experiments. The UGC is the apex regulatory body for higher education in the country, and its decision will have to be strictly implemented by the universities. Each school will have one month to submit a report confirming its compliance with the new regulations.

The following was originally published on November 24, 2011:

Following an extensive campaign by PETA India, Indian universities’ top governing body, the University Grants Commission (UGC), is officially recommending that all colleges and universities replace animal dissection and animal experimentation in zoology and life sciences courses with modern non-animal methods. According to Dr BK Sharma, associate professor and head of the Department of Zoology at the RL Saharia Government PG College in Jaipur, by using computer simulations, interactive CD-ROMs, films, charts, and lifelike models, it is estimated that Indian universities will save 19 million animals every year. Animals used for dissection may be captured from their natural habitats or may come from “biological supply” companies, which not only breed animals but also purchase them from slaughterhouses, pet stores, animal shelters, and dealers who sell lost or stolen companion animals. Animals are killed by gassing or drowning and are then injected with formaldehyde, sometimes without first being checked to make sure that they are dead. The UGC’s recommendations will not only spare millions of animals’ lives but also ensure that students don’t have to choose between their education and their morals. Visit CutOutDissection.com to learn how PETA can help you get dissection alternatives implemented in schools near you.