PETA’s Air Cruelty campaign has flown from success to success, and it’s still soaring—three top cargo shipping companies have joined the still-growing list of carriers that refuse to transport any animals to be burned, blinded, poisoned, and cut up alive in laboratories! 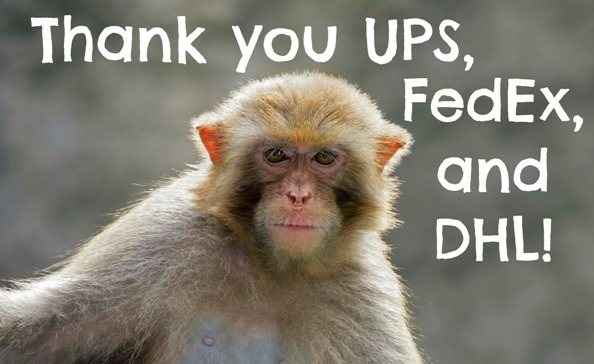 As reported in Nature magazine, after talks with PETA, UPS adopted a worldwide ban on transporting animals destined for laboratory experiments. FedEx (already our hero for its role in helping Ben the bear get his freedom) and DHL have also confirmed to PETA that they have policies in place that ban the shipment of live animals to laboratories.

To give you an idea of how big a development this is, FedEx and UPS are the world’s top two largest cargo airlines, and DHL is close behind. They join the majority of major airlines—including Cathay Pacific, Korean Airlines, Qantas, and others—that won’t transport any animals destined for experiments.

Animals aren’t safe from being caged, neglected, and tortured as long as even one airline will deliver them into experimenters’ hands. Please urge holdout airlines such as Air France and United to step up and refuse to ship primates to laboratories.