In the early 1990s, the TV drama Twin Peaks quickly became a cult classic. Just a few years earlier, PETA had begun the now-legendary campaigns featuring celebrities getting naked to protest the use of animal skins. And what could be more iconic than Sheryl Lee, the actor behind “dead girl” Laura Palmer—the seminal character around whom the series’ mystery unfolded—posing naked and dead for the famed fur campaign with PETA? 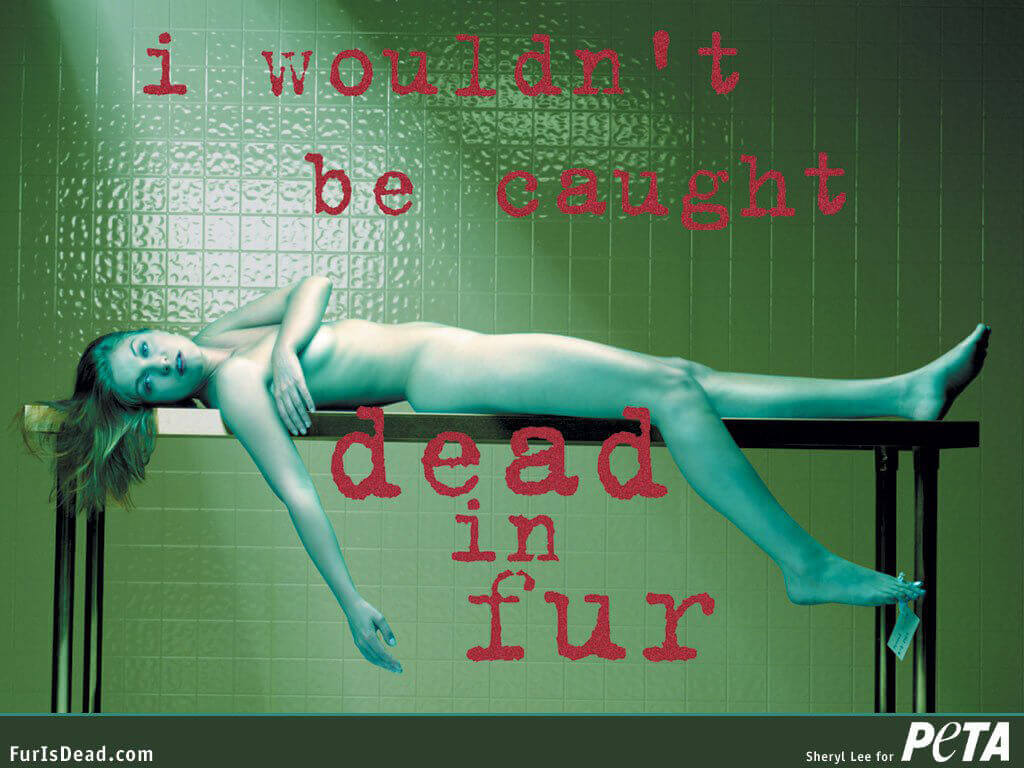 Every fur coat, vest, hat, or fur-trimmed accessory causes animals an immeasurable amount of suffering. Foxes, minks, rabbits, and even dogs and cats are bludgeoned, stomped, electrocuted, and gassed to death, and many are skinned while still alive. You can help put an end to this unimaginable cruelty by choosing never to buy or wear fur or fur trim. Check out PETA’s cruelty-free clothing guide for tips on showing off your style—without hurting any animals.

As a child, Sheryl had loved going to the circus but came to understand the cruelty and absurdity of using animals for human entertainment.

“When I was a kid, I begged my parents to take me to the circus because I loved to see the elephants, I had no idea they were treated so poorly. These amazing creatures should be walking 20 miles a day, but instead they’re locked up … they can’t even turn around.”

Sheryl abhors that animals used in circuses, roadside zoos, and other traveling acts are often stolen from their natural homes and families. Elephants, tigers, and other “animal entertainers” are beaten, whipped, and prodded to perform unnatural and often frightening acts. These unfortunate animals spend most of their lives in chains and cramped cages and being shipped around the country in a dirty truck or train.

Cut to 2017—Sheryl is back in the fictional town of Twin Peaks, Washington, as Laura Palmer for Showtime’s continuation of the saga. The last 25 years have seen some notable progress for animal rights, but there’s still plenty more to do.

Fortunately, public demand for cruelty-free circuses continues to grow. James Hamid Sr., a prominent producer of Shrine circuses, has even admitted that “[a]s we look into the future, we see all circuses moving to non-animal productions. Over the last 20 years, both through strict regulation as well as changing public sentiment, performing animal acts have begun to be a thing of the past.”

And just as we don’t need animals to entertain us, there’s no need to wear animal skins to stay warm and look cool. Cruelty-free fabrics and faux furs are available in stores everywhere, and PETA continues to work with designers and clothing retailers to encourage them to use and sell only animal-friendly materials.

Take a stand against cruelty to animals today!