When Ringling Bros. and Barnum & Bailey Circus brought the Cruelest Show on Earth to Norfolk, Virginia, where PETA is headquartered, we were waiting for it with a demonstration 75 people strong. 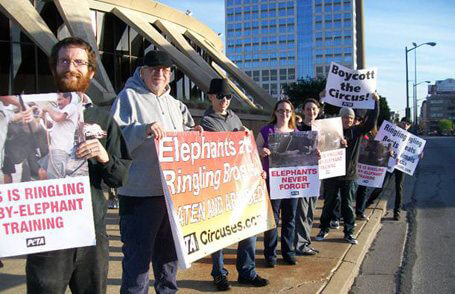 Why are we so riled at Ringling? Here are the top five reasons it’s better to protest Ringling than to attend a performance: