A mother-and-daughter dog-breeding duo who had won several awards at Crufts, the UK’s most prestigious dog show, were convicted this week of cruelty to animals after 104 dogs were discovered living in “unimaginable squalor” at the women’s home last year.

Many of the dogs were kept in cramped, filthy cages or in dark, cluttered rooms smeared with feces and without access to clean water. Sick and elderly dogs were denied veterinary care, including a poodle with a broken jaw and other serious health problems and a former show dog with an ear disease. Of the 89 dogs seized, 24 were so sick or elderly that they had to be euthanized. 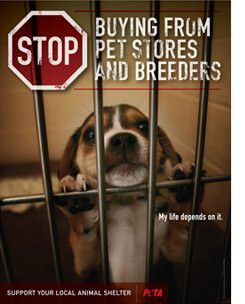 Shockingly, the women continued to breed and show dogs for more than a year while they were being investigated. As one of the defendants pointed out, “If we are so bad how come we have not been banned from showing dogs?” Good question.

Remember, fancy “papers” and dog show ribbons are no guarantee that a breeder is “responsible.” In fact, we would argue that no breeding can be considered responsible while millions of dogs are being euthanized in animal shelters for lack of good homes.