A teddy bear and a dog shoot an ad for PETA … New Orleans Saints defensive tackle Sedrick Ellis and his dog Max ask everyone to make a plan for caring for their animals during natural disasters.

Once again, an accident on a factory farm has claimed thousands of animal lives. A drunken man shut off the power to three buildings that were packed with chickens, killing all 70,000 birds inside. You can help them: Go vegan!

How to solve the worldwide water shortage brought on by the exploding population? Scientists agree: Ditch water-wasting meat.

Raising animals for food also wastes a substantial amount of land, energy, and crops. If we’re going to throw away as much as 40 percent of the food we buy, shouldn’t we at least buy plant-based foods, which don’t waste natural resources?

Yet another thing vegetarian and vegan diets have been proved to help limit: postmenopausal weight gain.

Disgraced John Galliano has been stripped of the Legion d’Honneur medal that France awarded him for his haute couture work, though the work itself was disgraceful as well since it included the skins of countless animals who were killed for their fur.

Tired of Ringling trainers’ beating animals? Help stop it by organizing a demonstration when Ringling comes to your town.

The perfect way to end the week: Check out the video of Ben the Bear, who, after years of effort by PETA, is finally free of his barren cage at a dirty roadside zoo. Ben will now spend his days exploring the beautiful and spacious wildlife sanctuary that is his new home, splashing in a pool for the first time in his life. Just try not to get misty-eyed. 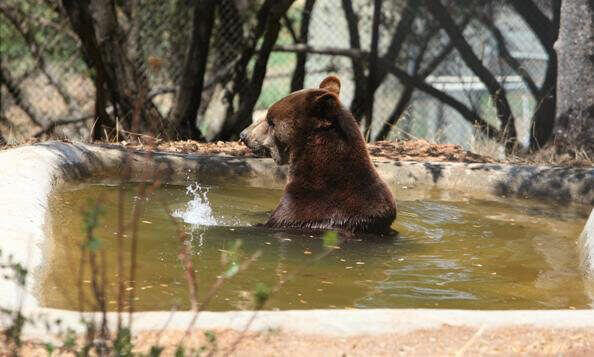