Most of us grew up watching funny cartoon ducks and visiting real ones at our local parks and ponds. We picnicked, they waddled around, and everyone went home happy. So, could it really be that difficult to take in and care for ducklings? Yes. 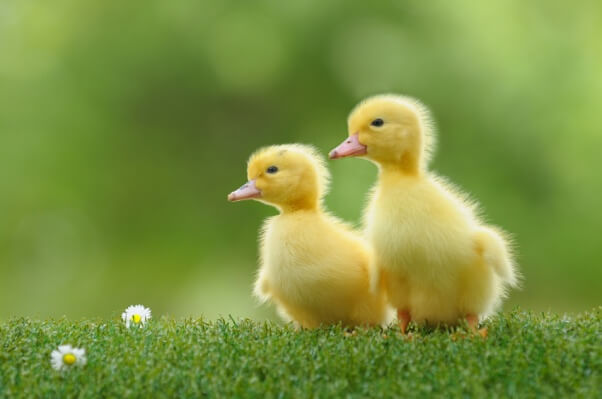 For starters, you can’t adopt just one. They suffer from extreme loneliness and depression if they’re kept without at least one other member of their own species, and they prefer more. Ducklings are nearly impossible to sex, so if you’re hoping for a particular male/female combination, you probably won’t get what you want if you acquire them as babies. In the first few weeks of their lives, they also require heat lamps, which have caused numerous house fires. And if ducklings imprint on you, you can’t leave them alone at all—even briefly—until they’re weaned without traumatizing them.

If they’re forced to live inside all the time, ducks also become too dependent on their caregivers and get extremely stressed when the people leave. Letting the birds sleep inside is a good idea in order to protect them from nighttime predators, but they need time and space to explore outdoors and access to a large, clean body of water with a filter. Some articles suggest that a kiddie pool is sufficient, but adult ducks need a much larger area to swim in to get enough exercise. 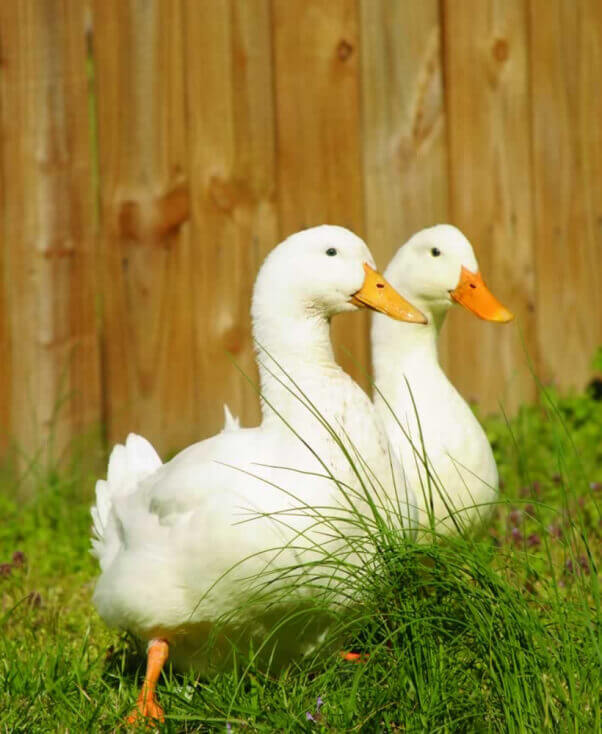 Caregivers should always keep a close eye on these animals while they’re outside. If they have to be left alone, they must be kept safe in a pen made with strong material, such as wire mesh, that can’t be easily torn into by predators. The enclosure should also provide shelter from the sun and rain. Ducks typically relieve themselves about every half hour, and they can’t be trained to do so in a particular spot, so the coop, food, water bins, and swimming area (if it doesn’t have a powerful filter) will need to be cleaned every day.

Because ducks relieve themselves so often, caregivers should get used to cleaning up messes inside the house as well. Some people purportedly keep diapers on their ducks to keep the floors clean, but this is extremely uncomfortable, unnatural, and confusing for the birds. And the diapers would need to be changed numerous times a day.

Ducks can also be loud, and their noise might elicit complaints from neighbors. When they’re learning to fly, they are unsteady and will likely crash into televisions, planters, lamps, vases, and anything else that’s in their way. And they’ll eat almost anything—candy, dropped change, string, decorative stones, etc.—and ingesting household items can be fatal. Guardians need to be hypervigilant about putting away items that ducks could potentially swallow. 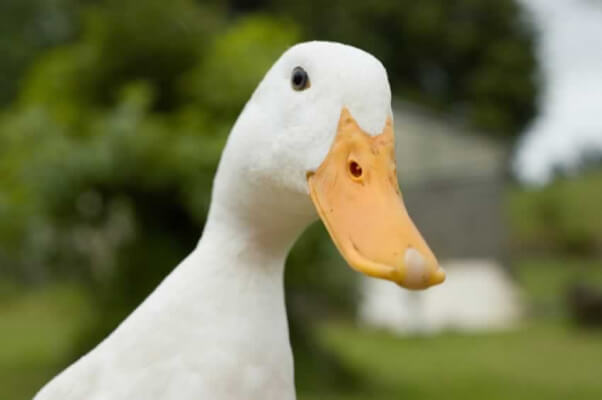 Like many animals, ducks can become territorial. They’ve been known to bite strangers who come into their area, often leaving bruises and putting the animals at risk of being harmed in retaliation. Finding a veterinarian who can treat the species might be challenging, and many emergency veterinarians don’t have experience with them. Caregivers will need to locate both before acquiring the birds. They’ll also need to find a qualified sitter and make sure that ducks are allowed in their local jurisdiction.

By law, ill or orphaned ducks must be turned over to professional wildlife rehabilitators who have the facilities and training that these delicate animals need. The professionals can give them the best chance for survival and return them to their flocks when ready.

But, knowing the challenges of caring for ducks and that they can live for 20 years, if you still feel that you can provide them with a lifetime of care, please adopt rather than buying.